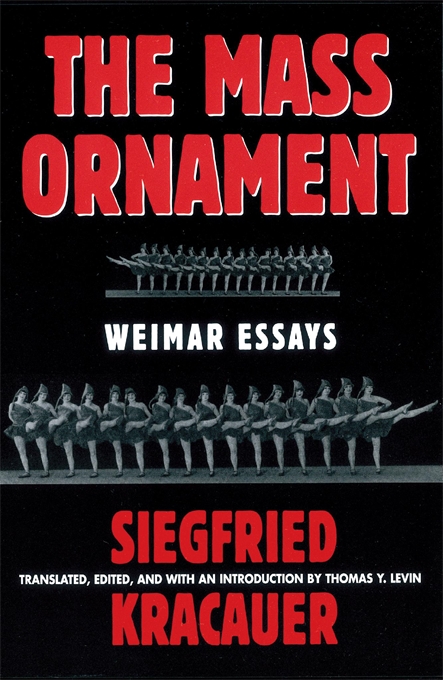 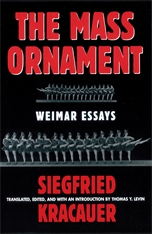 Siegfried Kracauer was one of the twentieth century’s most brilliant cultural critics, a daring and prolific scholar, and an incisive theorist of film. In this volume his finest writings on modern society make their long-awaited appearance in English.

This book is a celebration of the masses—their tastes, amusements, and everyday lives. Taking up themes of modernity, such as isolation and alienation, urban culture, and the relation between the group and the individual, Kracauer explores a kaleidoscope of topics: shopping arcades, the cinema, bestsellers and their readers, photography, dance, hotel lobbies, Kafka, the Bible, and boredom. For Kracauer, the most revelatory facets of modern life in the West lie on the surface, in the ephemeral and the marginal. Of special fascination to him is the United States, where he eventually settled after fleeing Germany and whose culture he sees as defined almost exclusively by “the ostentatious display of surface.”

With these essays, written in the 1920s and early 1930s and edited by the author in 1963, Kracauer was the first to demonstrate that studying the everyday world of the masses can bring great rewards. The Mass Ornament today remains a refreshing tribute to popular culture, and its impressively interdisciplinary essays continue to shed light not only on Kracauer’s later work but also on the ideas of the Frankfurt School, the genealogy of film theory and cultural studies, Weimar cultural politics, and, not least, the exigencies of intellectual exile.

In his introduction, Thomas Levin situates Kracauer in a turbulent age, illuminates the forces that influenced him—including his friendships with Walter Benjamin, Theodor Adorno, and other Weimar intellectuals—and provides the context necessary for understanding his ideas. Until now, Kracauer has been known primarily for his writings on the cinema. This volume brings us the full scope of his gifts as one of the most wide-ranging and penetrating interpreters of modern life.