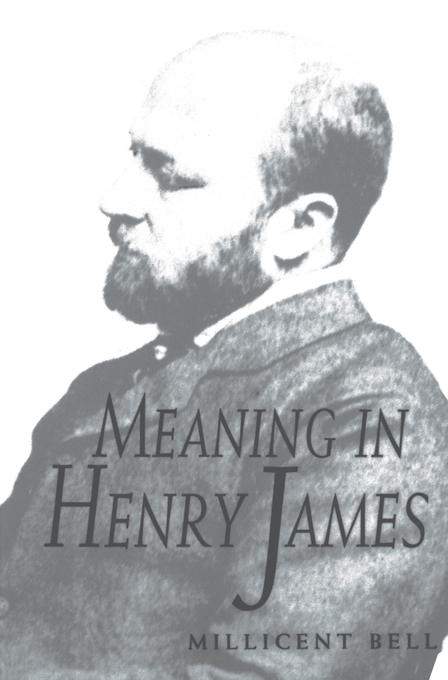 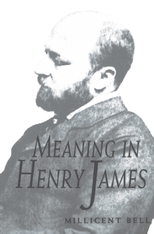 Henry James rebelled intuitively against the tyranny and banality of plots. Believing a life to have many potential paths and a self to hold many destinies, he hung the evocative shadow of “what might have been” over much of what he wrote. Yet James also realized that no life can be lived—and no story written—except by submission to some outcome. The limiting conventions of society and literature are, he found, almost inescapable. In a major, comprehensive new study of James’s work, Millicent Bell explores this oscillation between hope and fatalism, indeterminacy and form, and uncertainty and meaning. In the process Bell provides fresh insight into how we read and interpret fiction.

Bell demonstrates how James’s texts steadfastly, almost perversely at times, preserve a sense of alternative possibilities. James involves his characters in overlapping scenarios drawn from folklore, drama, literature, or naturalist formula. The reader engages, with the hero or heroine, in imagining many plots other than the one that finally—and often ambiguously—emerges. The story arouses expectations, proposes courses, then cancels them successively. In complicity with author and character, the reader crafts the story in an adventure of constant revision and anticipation. Literary meaning becomes an experience as well as a goal. In the end, revelations and resolutions, even if unclear or partial, assume an altered significance in light of the earlier imaginings.

Not surprisingly, James’s deepest sympathies lay with those characters who resisted entrapment by cultural expectations—his idealistic free spirits like Isabel, his marriage renouncers like Fleda Vetch, his largely silent and detached witnesses to life like Strether and the generous Maisie. They are frequently the victims of callous manipulators who box them into oppressive roles or who literally “plot against” them. By looking closely at James’s critiques of the “clever” categorical mind and at his loving and complex portraits of characters of unfulfilled potentiality, Bell celebrates the paradoxes of James’s story-denying fiction.

In extended analyses of “Daisy Miller,” Washington Square, The Portrait of a Lady; The Bostonians, The Princess Casamassima, “The Aspern Papers,” The Spoils of Poynton, “The Turn of the Screw,” What Maisie Knew, “The Beast in the Jungle,” “The Jolly Corner,” The Wings of the Dove, and The Ambassadors, Bell relates James’s work to influential movements of the day, notably impressionism and naturalism. She examines the influence of Hawthorne, Emerson, Flaubert, Balzac, and Zola on James at various periods throughout his career. Drawing on rich traditions of criticism and on stimulating recent theories, Bell forges a critical approach both accessible and profound for this elegant reading of one of the greatest writers of this or any time.