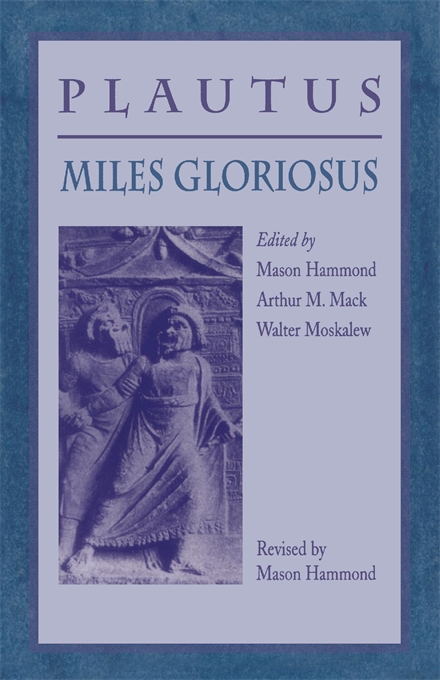 Miles Gloriosus, or The Braggart Warrior, is one of the best-known and liveliest Roman comedies. It shows Plautus at his ablest in ingenious plot construction, vivid characterization, fast-moving action, and humorous dialogue.

This edition of the Latin text is fully and very helpfully annotated. The substantial introduction considers the antecedents of Plautus’s drama in Greek New Comedy and in Italic farce, his mixture of Greek and Roman both in language and in the life portrayed, and his stagecraft, language, and meter.