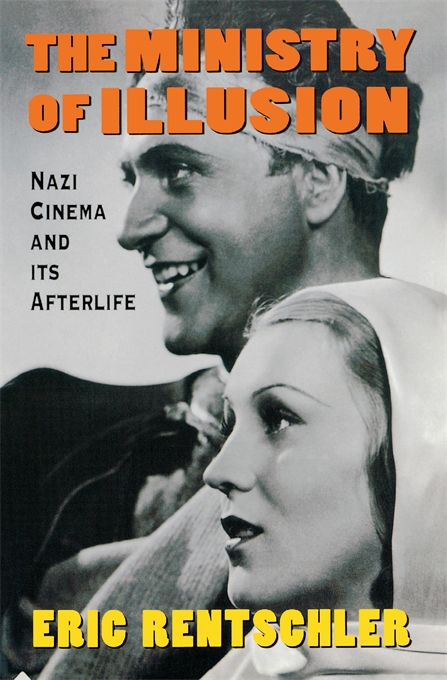 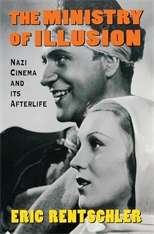 Nazi Cinema and Its Afterlife

German cinema of the Third Reich, even a half-century after Hitler’s demise, still provokes extreme reactions. “Never before and in no other country,” observes director Wim Wenders, “have images and language been abused so unscrupulously as here, never before and nowhere else have they been debased so deeply as vehicles to transmit lies.” More than a thousand German feature films that premiered during the reign of National Socialism survive as mementoes of what many regard as film history’s darkest hour.

As Eric Rentschler argues, however, cinema in the Third Reich emanated from a Ministry of Illusion and not from a Ministry of Fear. Party vehicles such as Hitler Youth Quex and anti-Semitic hate films such as Jew Süss may warrant the epithet “Nazi propaganda,” but they amount to a mere fraction of the productions from this era. The vast majority of the epoch’s films seemed to be “unpolitical”—melodramas, biopix, and frothy entertainments set in cozy urbane surroundings, places where one rarely sees a swastika or hears a “Sieg Heil.”

Minister of propaganda Joseph Goebbels, Rentschler shows, endeavored to maximize film’s seductive potential, to cloak party priorities in alluring cinematic shapes. Hitler and Goebbels were master showmen enamored of their media images, the Third Reich was a grand production, the Second World War a continuing movie of the week. The Nazis were movie mad, and the Third Reich was movie made. Rentschler’s analysis of the sophisticated media culture of this period demonstrates in an unprecedented way the potent and destructive powers of fascination and fantasy. Nazi feature films—both as entities that unreeled in moviehouses during the regime and as productions that continue to enjoy wide attention today—show that entertainment is often much more than innocent pleasure.