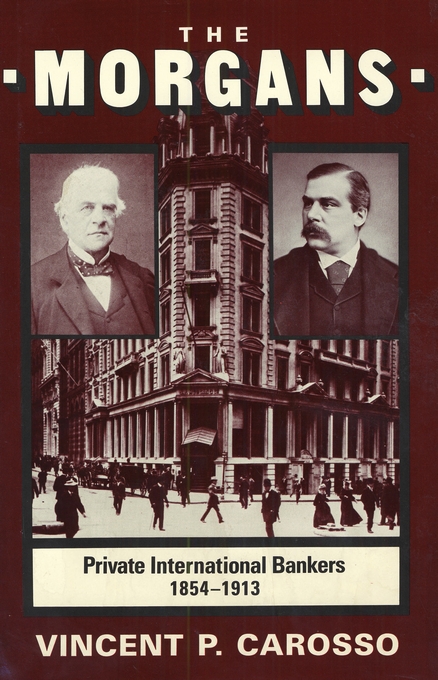 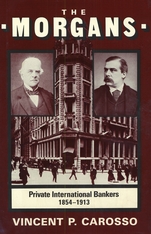 The House of Morgan was the personification of economic power and the symbol of capitalism in the late nineteenth and early twentieth centuries. Other entrepreneurs were wealthier—industrialists like Rockefeller, Carnegie, and Duke—but none was relied upon more by business and government or better known in the world of high finance. Vincent Carosso, using for the first time the large collections that constitute the Morgans’ own business records, as well as other private papers and public archives, has constructed an in-depth account of the evolution, operations, and internal management of the Morgan banks at London, New York, Philadelphia, and Paris, from the time Junius Spencer Morgan left his Boston business to become a London banker to the death of his son and successor, John Pierpont Morgan.

The new data throw light on the Morgans’ business strategies, policies, and practices in financing such vast American enterprises as railroads, steel, farm equipment, communications, and the electrical industry. They also reveal the Morgan firms’ dealings in the political arena in their role as financiers of the United States government—Morgan banks funded the Civil War debt, met the Army payroll in 1877, stopped disastrous outflows of U.S. gold in 1894 and 1895, and acted as the country’s central bank in the panic of 1907—and as bankers for Mexico, Argentina, and many other governments.

This intricate and comprehensive history of the mechanisms of international finance, the waning of private banking houses and the evolution of commercial and investment banking, the risks and profits of high finance will interest historians of business, economics, the United States, and the modern world.