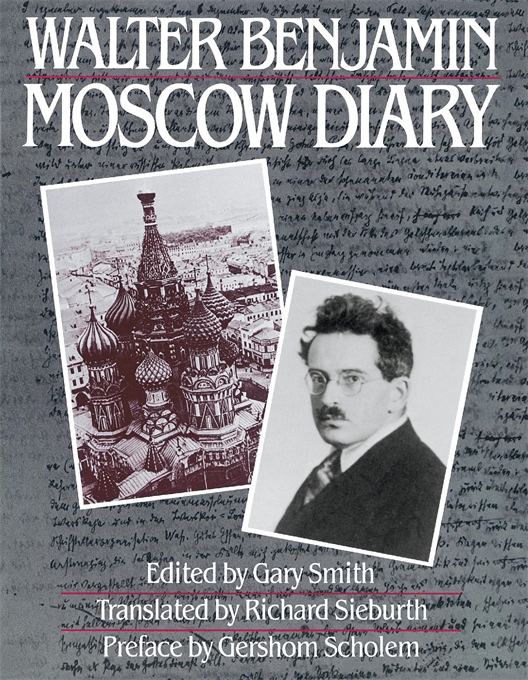 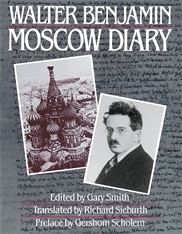 The life of the German-Jewish literary critic and philosopher Walter Benjamin (1892–1940) is a veritable allegory of the life of letters in the twentieth century. Benjamin’s intellectual odyssey culminated in his death by suicide on the Franco–Spanish border, pursued by the Nazis, but long before he had traveled to the Soviet Union. His stunning account of that journey is unique among Benjamin’s writings for the frank, merciless way he struggles with his motives and conscience.

Perhaps the primary reason for his trip was his affection for Asja Lācis, a Latvian Bolshevik whom he had first met in Capri in 1924 and who would remain an important intellectual and erotic influence on him throughout the twenties and thirties. Asja Lācis resided in Moscow, eking out a living as a journalist, and Benjamin’s diary is, on one level, the account of his masochistic love affair with this elusive—and rather unsympathetic—object of desire. On another level, it is the story of a failed romance with the Russian Revolution; for Benjamin had journeyed to Russia not only to inform himself firsthand about Soviet society, but also to arrive at an eventual decision about joining the Communist Party. Benjamin’s diary paints the dilemma of a writer seduced by the promises of the Revolution yet unwilling to blinker himself to its human and institutional failings.

Moscow Diary is more than a record of ideological ambivalence; its literary value is considerable. Benjamin is one of the great twentieth-century physiognomists of the city, and his portrait of hibernal Moscow stands beside his brilliant evocations of Berlin, Naples, Marseilles, and Paris. Students of this particularly interesting period will find Benjamin’s eyewitness account of Moscow extraordinarily illuminating.