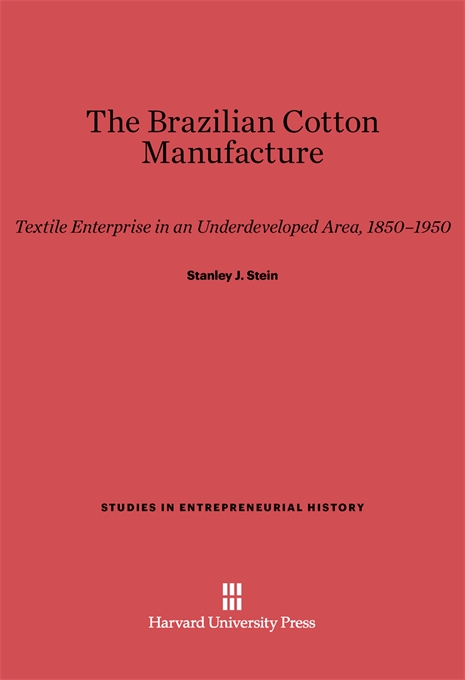 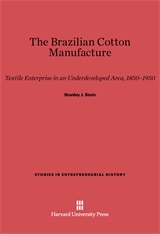 Textile Enterprise in an Underdeveloped Area, 1850–1950

Divided into three major sections the first part of this book surveys the factors affecting Brazilian industrialization from 1840 to 1890, particularly in the cotton industry. The location, finance, equipment, labor force, and goods produced are examined in detail. In the second part, devoted to the years 1890–1930, attention is focused upon the development of relations between the industry and the state, the concentration of textile mills in the states of Rio, Sao Paulo, and Minas Gerais prior to World War I, and the impact of the world depression of 1929. In the final part there is a description of how cotton manufacturers sought to solve the problems caused first by depression and then by war: overproduction and underconsumption, the relations between the industry and a government dedicated to the principles of “managed economy,” sudden prosperity, and sudden postwar retrenchment.

Stanley Stein concludes that Brazilian industrialization is not a recent phenomenon. Cotton manufacturers were influenced by the plantation system in their relations with the state, their attitudes toward labor, the slow adoption of new technology, and the role of mercantile entrepreneurs who dominated the industry after 1890. Stein states that the modernization of management must precede technological modernization, and that this must coincide with improvement in rural standards of living in order to expand the domestic market for the production of cotton goods.