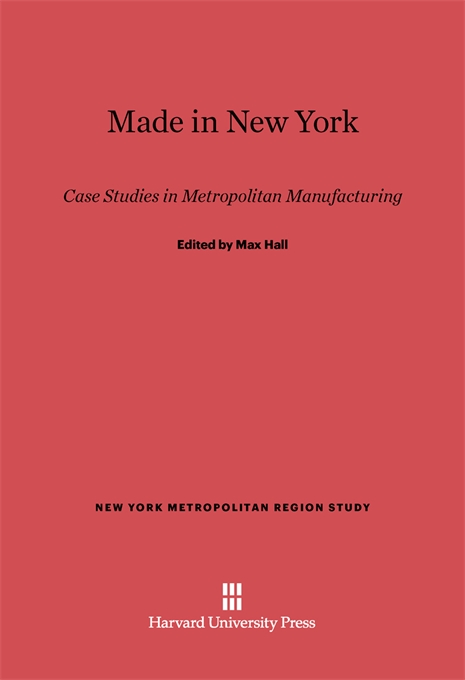 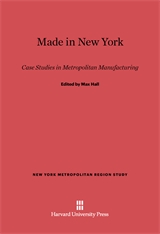 Made in New York

The New York Metropolitan Region, spreading over New Jersey and New York State and into Connecticut, as nearly two million people working in manufacturing establishments. Made in New York, one of a series on a variety of problems in the New York Metropolitan Region Study, presents three case studies on the habits of manufacturing—specifically, women’s and children’s apparel, printing and publishing, and electronics.

Each of the case studies ends with projections of employment in the region, reaching to 1965, 1975, and 1985. It remains for the final volume in this series to provide an integrated and internally consistent picture of the region. Even without their forecasts, the case studies, with their insights into the region’s weaknesses and strengths, tell much that has a bearing on the future. Through such insights, those who hope to shape the course of the region’s development can gain a better sense of the forces with which they must deal.