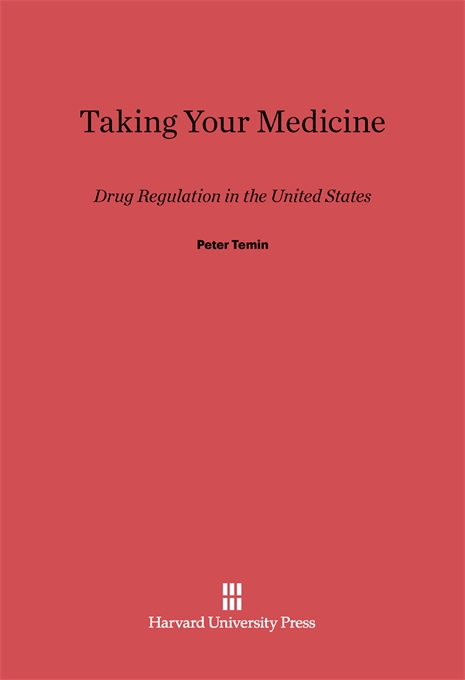 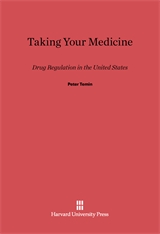 Drug Regulation in the United States

In a timely book about contemporary life, Peter Temin describes the way in which the government has taken control over the safety and use of medicinal drugs. From the turn of the century to the present, the Food and Drug Administration increasingly has controlled the use of non-narcotic drugs both by direct regulation and by delegating the growth of federal authority to doctors. This vivid history chronicles how the growth of federal control has expanded from verifying ingredients to guaranteeing their safety and then to ensuring efficacy. The effects of the long tradition of control can be seen in the pattern of drug regulation and in the structure of the drug industry today.

More than a narrative of drug regulation, Temin’s book analyzes how doctors, lay people as consumers and patients, and government act and react in situations requiring medicines. Temin reveals that uncertainty and imperfect knowledge about the comparative effects of taking different drugs pervades such situations, and that the way people choose drugs is affected by this uncertainty. Unable to obtain feedback about the competing merits of alternative therapies in many cases, doctors and consumers rely on medical customs in making their choices. Customs are functional in the sense that they are validated by experience, but they lack the ability of instrumental behavior (in which people alter actions in response to outcomes) to adapt smoothly to changing information.

In this context, the FDA has enlarged the scope of its authority throughout the twentieth century and made increasingly detailed decisions on behalf of us all. The agency has diminished consumer control over drug use even though doctors prescribe drugs largely by customary means and consumer ignorance is in part a consequence of the agency’s own regulations. In a careful and learned book, Temin suggests how changes and revisions in laws and regulations could redress the balance of responsibility toward doctor and patient.