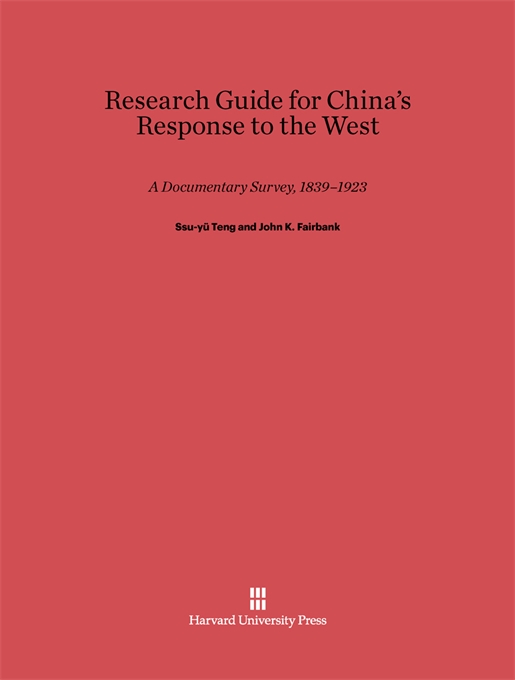 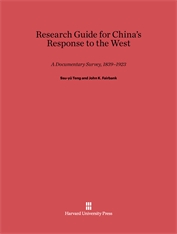 Research Guide for China’s Response to the West: A Documentary Survey, 1839–1923

China’s Response to the West: A Documentary Survey, 1839–1923, With a New Preface provides perspective on the great ideological change of modern times among one-fifth of mankind, a perspective which is necessary to a full understanding of Communist China. The authors study the reaction of the Chinese to gradual penetration of the West, from the time of the first exploratory incursions to the collapse of the Ch’ing dynasty. How did the emperors respond to the scientific knowledge brought by the Jesuits? How did scholars and officials attempt to contain the pressures from the outside, pressures at once economic and intellectual? Finally, how did China fail to resist aggression when Japan successfully adopted Western methods to hold back the West? This volume for the first time makes available fifty key statements from Chinese leaders indicating from one decade to the next their appraisal of what the West had to offer and how China should respond to Western aggression, both culturally and in other ways.

This is a companion volume, for the research specialist, to China’s Response to the West. It provides Notes and Sources, a Bibliography, and a Glossary of Chinese names and terms—essential bases for further exploration of this new field.