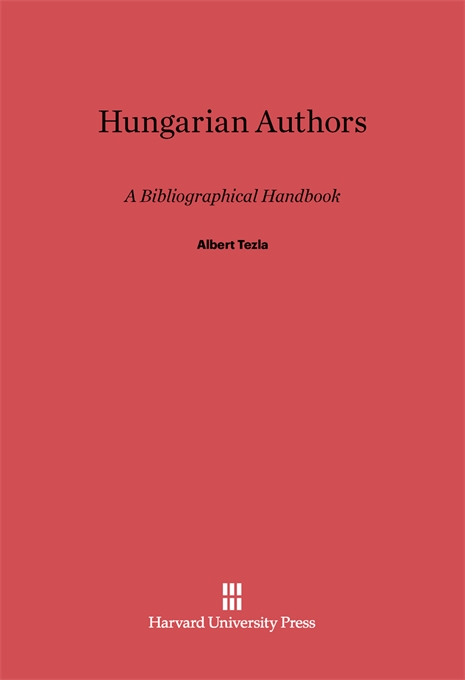 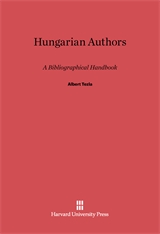 This exceptional bibliography, a pioneer work in its field, surveys Hungarian literature from its beginnings to 1965. A companion to the author’s An Introductory Bibliography to the Study of Hungarian Literature, this volume contains over 4500 numbered entries which report on the first and later editions of the works of 162 authors. Albert Tezla has included the major figures from each literary period and has based his selection of authors on the importance of their original writings to the development of this national literature. Significant authors who established substantial careers in Hungary and continued to write after their emigration are also represented in this comprehensive volume, as are a number of figures of secondary literary import.

Tezla begins his coverage of each author with a brief biographical account offering pertinent data on family background, education, and literary activities. The sketch provides as well observations on the writings of the author and his place in Hungarian literature and a record of the languages into which his works have been translated. Further material on the author is divided into annotated sections noting bibliographical, biographical, and critical studies.

As a means of helping the reader obtain titles through inter-library loan or through photographic processes, Tezla also includes location symbols for numbered items known to be available in selected libraries in the United States and Europe. Five appendixes, a glossary, and indexes provide additional bibliographic tools for both the beginning student and the advanced scholar researching Hungarian literature. The work is invaluable also as a buying guide for libraries seeking to develop a Hungarian collection.