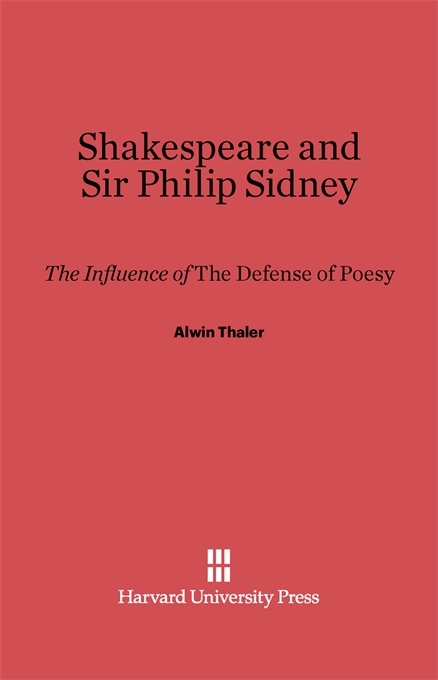 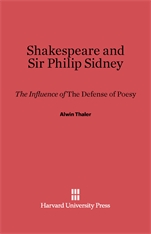 The Influence of The Defense of Poesy

In this essay, Alwin Thaler calls attention to the possibility that Shakespeare’s plays and poems reflect the influence of the most eloquent piece of literary criticism produced in his time. He presents the evidence for this possibility through an analysis of the chief elements of Sidney’s treatise, showing that almost every major idea or principle in the Defense can be illustrated in some measure by Shakespeare’s practice. This interesting study is the first attempt to join in one comprehensive study the precepts of the greatest of the Elizabethan critics with the examples of the mighty poet.