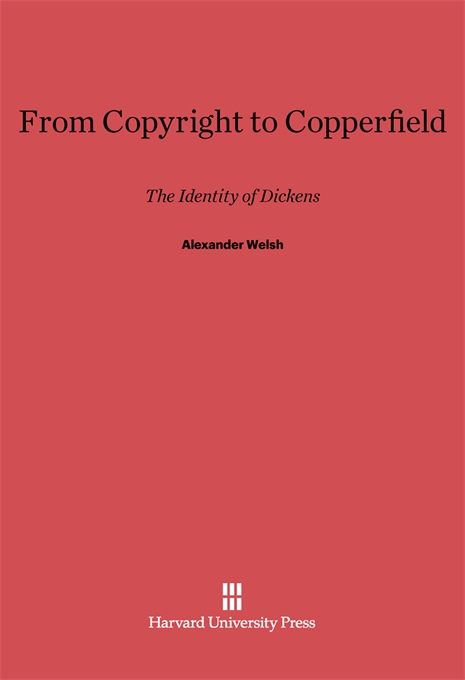 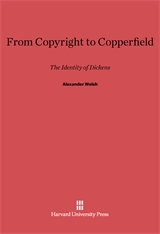 From Copyright to Copperfield

The Identity of Dickens

In this engaging analysis of a crucial period in Dickens’s life, Alexander Welsh corrects our picture of the novelist’s development and advocates a new approach to biographical criticism. Welsh centers our attention on an early crisis in Dickens’s life and writing. His starting point is 1842, when the thirty year-old established writer (already author of The Pickwick Papers, Oliver Twist, Nicholas Nickleby, and The Old Curiosity Shop) traveled in America advocating international copyright. Welsh argues that the frustration and chagrin Dickens felt on this trip—when the American press accused him of hypocritical self-interest—had a demonstrable impact on his creative development. New powers of characterization are evident in the novels published in the decade that followed: Martin Chuzzlewit, Dombey and Son, and David Copperfield, books named for heroes who became progressively more like projections of the author himself.

In these novels Dickens also asserts his kinship with Moliere, Milton, and Shakespeare. Playing boldly on Tartuffe, Paradise Lost, and King Lear, he lays claim to his own identity as a writer. Welsh shows that as much weight should be given to such literary concerns as to Dickens’s recollection—in this same stage of his career—of the childhood trauma memorably inscribed in Copperfield.