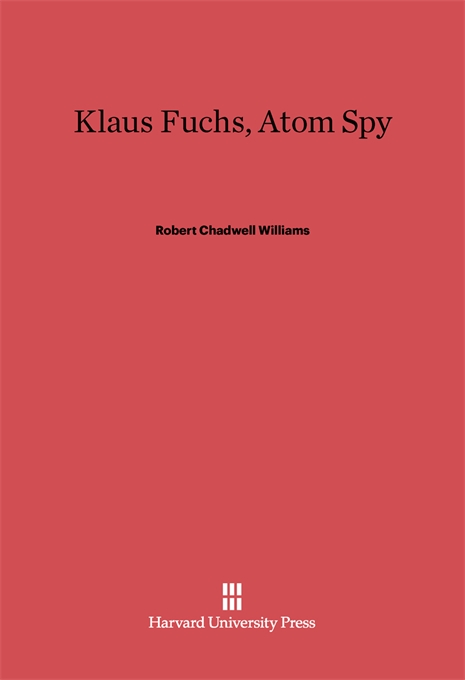 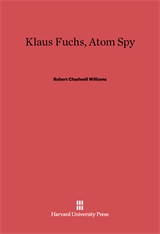 The 1950 espionage case of Klaus Fuchs, who betrayed British and American atomic secrets to the Soviet Union, touched off a witch hunt in the United States that led to the capture of the Rosenbergs and many other alleged spies. The case fueled the fires of national concern over communism, Soviet espionage, internal subversion, and security in the nuclear age. Robert C. Williams has tenaciously retraced Fuchs’s trail from Nazi Germany to Britain, Canada, Los Alamos, and finally to Dresden, where Fuchs now lives the life of a successful retired nuclear physicist. In his search Williams has not only uncovered Fuchs’s personal story but has also established that his espionage was part of a much larger Soviet effort to penetrate and control British intelligence.

Klaus Fuchs had access to the most highly classified secrets of the wartime Manhattan Project. Cleared eight times by British security, and consequently accepted without investigation by the Americans, Fuchs worked in a hermetic world of security through secrecy—a world whose rules he publicly defended and privately betrayed. He played his role carefully for almost a decade, passing classified information to Soviet intelligence through a German communist espionage ring that operated under the very nose of the British government during and after the war. As part of the secret Anglo-American bomb project, he brought to Britain—and gave to Russia—technological know-how that helped both countries develop their own A-bombs.

This first full-length portrait of Klaus Fuchs and his case, based in part on newly available American and British archives on the subject, is an exciting find for general readers in the history of science, espionage, World War II, and the Cold War. It will also be of high professional interest to historians and physicists.