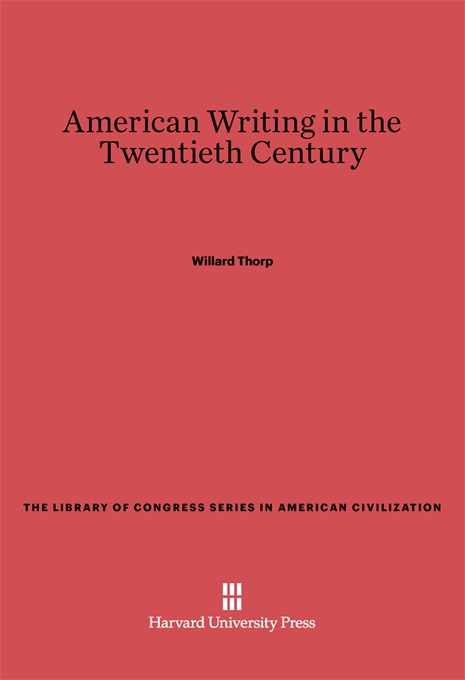 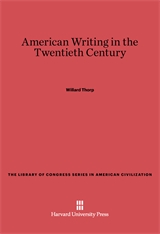 American Writing in the Twentieth Century

American twentieth-century writing is given a comprehensive historical and critical treatment covering the major literary genres of the period. Each chapter includes a discussion of a typical writer: among them, Edith Wharton, Robinson, Frost, Willa Gather, O’Neill, Dos Passes, Hemingway, Wallace Stevens, Faulkner, and T. S. Eliot. The persistence of naturalism in the novel, the development of the “Southern Renaissance,” and the influence of characteristic American critical attitudes are discussed.

In his preface, Willard Thorp points out that “this is a favorable moment for telling the story of America’s accomplishment in literature in this century. Beginning about 1912 and continuing through the second World War a new generation of writers brought about an extraordinary renaissance in fiction, poetry, the drama and criticism. Only once before, in the 1840’s and 1 BSC’S, had there been in America a literary achievement of this magnitude… Time may prove this second renaissance even more impressive than the first.”