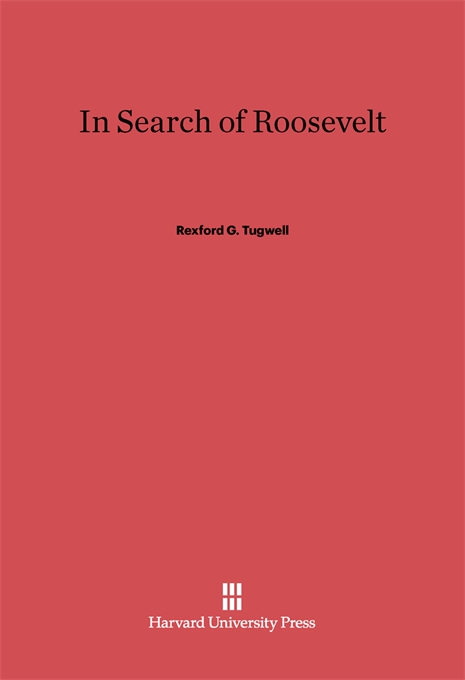 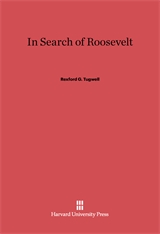 In Search of Roosevelt

Franklin Delano Roosevelt, the author comments, “was one of those individuals who, because he rose to leadership in national and world affairs in times of crisis, threw a long shadow…his shadow lay over America for a long time in the sense that his absence was felt and comparisons with him persisted. He will continue to be a point of reference even when the inevitable processes of change have extinguished the problems he was so well suited to tackle.” In this collection of essays, Rexford Tugwell seeks to explain this indomitable force. He explores Roosevelt’s influence, assesses the means he used to achieve his ends, and penetrates some of the hidden places of his character. As stated in the preface to this volume, many of the mysteries surrounding Roosevelt will never be unlocked, yet, as evidenced throughout its pages, this study is an unrivaled success in its depiction of the man and the President.

In Search of Roosevelt begins with a revealing interview with Otis Moore, manager of Roosevelt’s farm in Warm Springs, Georgia. The underlying intention here is to uncover the source of Roosevelt’s emotional involvement in the problems of American agriculture. The work then proceeds with in-depth recollections of Roosevelt as individual, as reformer, and as uncommitted believer in a federally controlled balance of wages and prices.

These essays are inevitably tinged with nostalgia. Mr. Tugwell’s relationship with Roosevelt was that of a confidant and an associate; he was a member of the so-called Brains Trust, and served under Roosevelt as Assistant Secretary and then Under Secretary of Agriculture (1933–1937), and, during the war years, as governor of Puerto Rico. He cannot bring to this study total indifference to the subject, but he does bring his insight as an astute political observer and historian.