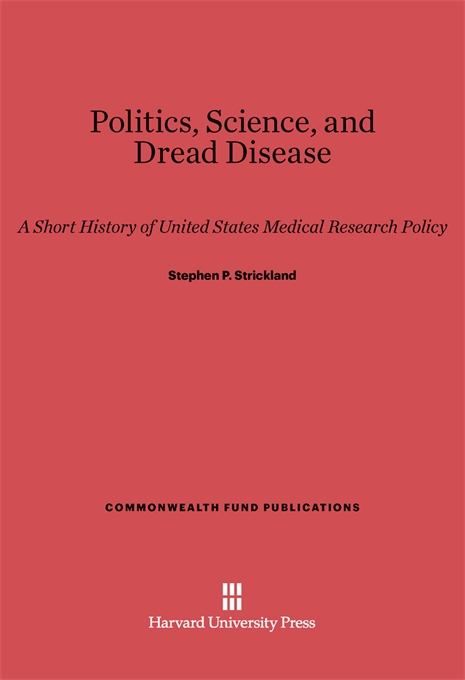 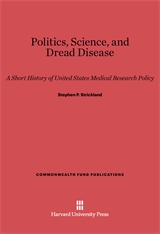 In 1927 the first bill to secure government support in the search for a cure for cancer was introduced to Congress. In 1971 Congress passed the Conquest of Cancer Act, which initiated a new and enlarged effort in the fight against cancer, including possible annual expenditures of up to one billion dollars. The forty-four years between these two dates have witnessed the evolution of medical research from a limited, private endeavor to a major national enterprise commanding substantial support from the federal government.

In this first historical analysis of national policy in biomedical research, Stephen Strickland examines the rise of the National Institutes for Health, tells of the recurrent struggle between elected public officials and science administrators over the pace and direction of cancer and heart disease research; analyzes the roles that key members of Congress have played in the development of medical research; and discusses the medical research lobby and its founder, Mrs. Albert D. Lasker. What emerges is a clear picture of how government officials actually formulate national policy, not only in medical research but in other areas as well.