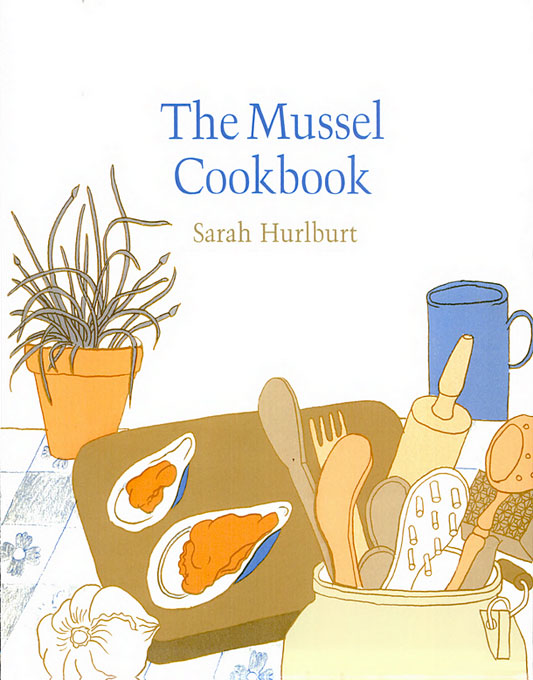 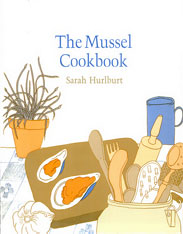 Tender, plump, and tasty, the blue mussel (Mytiius edulis) is treasured in most of the world’s cuisines but strangely ignored in North American cooking. This edible mollusk is naturally abundant on both American coasts and easily cultivated. As over-harvesting makes many other seafoods ever more scarce and expensive, the blue mussel offers an inexpensive and attractive alternative to more costly and wasteful sources of protein. To tempt American palates and draw attention to this remarkably versatile and nutritious seafood, Sarah Hurlburt has written The Mussel Cookbook.

In her entertaining introduction, Hurlburt tells about mussels—how they live, how they saved a bridge from collapsing, why barrels of them appeared in American police stations, how they are farmed in Spain, France, and Holland. Then she offers over a hundred recipes. Whether you are a beginning cook or a devotee of haute cuisine, you will find recipes to match your abilities: simple dishes for the out-of-doors, appetizers, soups and stews, salads, casseroles, main dishes from abroad, and elegant party entrees. From Europe Hurlburt brings back paella, cannelloni, and souffle of mussels, among many others. From Asia come curried and stir-fried mussels as well as the delectable midia dolma. There are a dozen quick-and-easy tricks; there are flamed mussels and mussels Rockefeller. She describes how to clean and freeze mussels, and gives tips on how to use them.

Sarah Hurlburt in collaboration with her husband, Graham, has spent many years learning about the blue mussel. Together they have studied European methods of mussel farming and begun their own experimental Cultivation project in Massachusetts. Ms. Hurlburt’s recipes have been featured in the New York Times, the Boston Globe, the Boston Herald American, and Harvard Magazine. Stories about the Hurlburts’ adventures with mussels have appeared in the Washington Post, the Cornell Quarterly, and the Marine Fisheries Review. A discussion of their work has appeared in the Congressional Record.