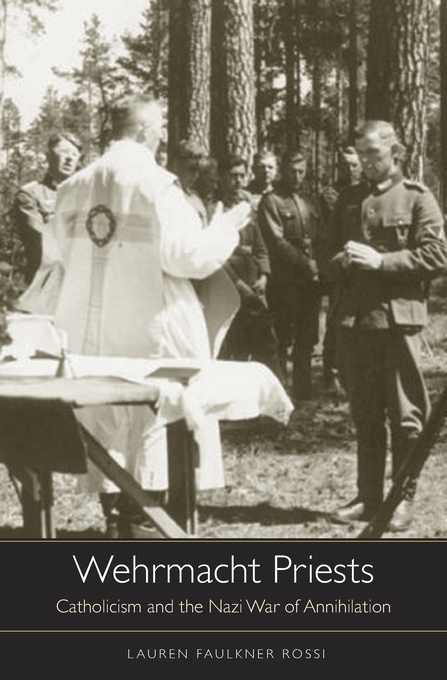 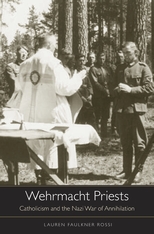 Catholicism and the Nazi War of Annihilation

“[Faulkner Rossi’s] book should be read by all who seek an answer to the question she raises—not least because of its uncomfortable parallels in our own time, when uncritical loyalty to an institution and fear of scandal allowed clerical child abuse to go unchecked… Historians will continue to sift and interpret the evidence. Nonetheless, this remains a disturbing book.”—Jack Carrigan, The Catholic Herald

“The Catholic Church’s role in Nazi Germany remains an important topic of study… There is much to commend in this book: its approach, evidence, and clarity of style.”—J. Kleiman, Choice

“Faulkner Rossi presents an engaging and convincing study of Catholic priests who served as chaplains for the German Wehrmacht during the Second World War. To date, there have been few critical academic books on this topic; Faulkner Rossi’s is the first comprehensive study in the English language. It is an original contribution to the field, especially that of the Catholic Church in Nazi Germany, and has important implications for Holocaust studies, particularly relating to the question of complicity and perpetration. This is an important and in many ways a groundbreaking work.”—Kevin P. Spicer, C.S.C., author of Hitler’s Priests: Catholic Clergy and National Socialism