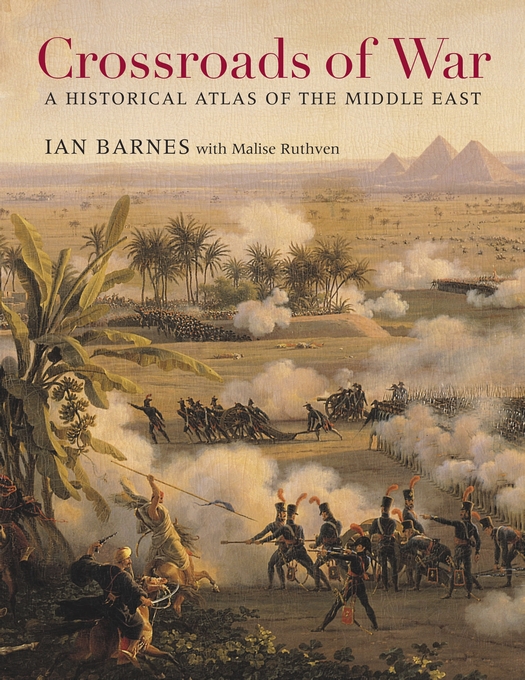 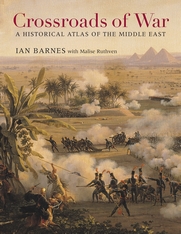 A Historical Atlas of the Middle East

From the Bronze Age to the twenty-first century, vying armies have clashed over the territory stretching from the Upper Nile to modern-day Iraq and Iran. Crossroads of War captures five millennia of conflict and conquest in detailed full-color maps, accompanied by incisive, accessible commentary.

The lands of the Middle East were home to a succession of empires—Egyptian, Babylonian, Assyrian, and Persian—that rose and declined with the fortunes of battle. Kings and generals renowned in history bestrode the region: Nebuchadnezzar, David, Alexander the Great, Saladin, Napoleon. The religions of Zoroastrianism, Judaism, Christianity, and Islam were born here and from the beginning became embroiled in conflicts ranging from the Maccabean Revolt to Muhammad’s Arabian conquests to the Christian Crusades. In the twentieth century, the Middle East witnessed the collapse of the Ottoman Empire and played a role in the grim dramas of two world wars, as T. E. Lawrence helped spark the Arab Revolt and General Bernard Montgomery defeated Hitler’s Desert Fox, General Erwin Rommel, at El Alamein.

From the Yom Kippur War and Operation Desert Storm to a Global War on Terror that still looms over the twenty-first century, the Middle East continues to be shaped by the vagaries and vicissitudes of military conflict. Ian Barnes’s Crossroads of War offers valuable insights into the part of the world that first cradled civilization and then imagined its demise in a final clash of armies at Armageddon.