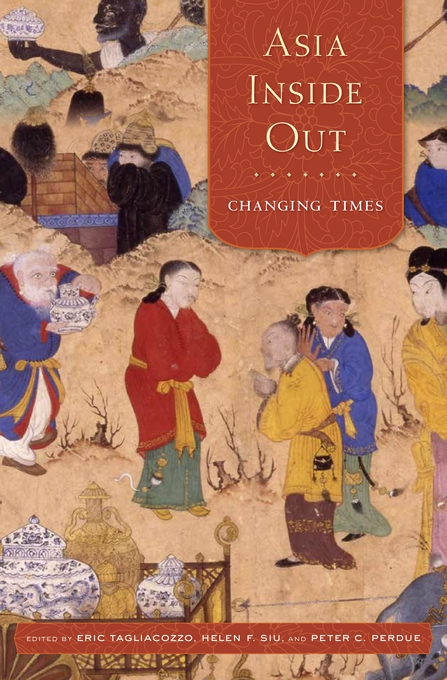 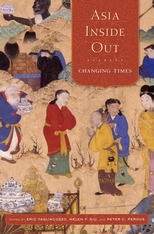 The first of three volumes surveying the historical, spatial, and human dimensions of inter-Asian connections, Asia Inside Out: Changing Times brings into focus the diverse networks and dynamic developments that have linked peoples from Japan to Yemen over the past five centuries.

Each author examines an unnoticed moment—a single year or decade—that redefined Asia in some important way. Heidi Walcher explores the founding of the Safavid dynasty in the crucial battle of 1501, while Peter C. Perdue investigates New World silver’s role in Sino–Portuguese and Sino–Mongolian relations after 1557. Victor Lieberman synthesizes imperial changes in Russia, Burma, Japan, and North India in the seventeenth century, Charles Wheeler focuses on Zen Buddhism in Vietnam to 1683, and Kerry Ward looks at trade in Pondicherry, India, in 1745. Nancy Um traces coffee exports from Yemen in 1636 and 1726, and Robert Hellyer follows tea exports from Japan to global markets in 1874. Anand Yang analyzes the diary of an Indian soldier who fought in China in 1900, and Eric Tagliacozzo portrays the fragility of Dutch colonialism in 1910. Andrew Willford delineates the erosion of cosmopolitan Bangalore in the mid-twentieth century, and Naomi Hosoda relates the problems faced by Filipino workers in Dubai in the twenty-first.

Moving beyond traditional demarcations such as West, East, South, and Southeast Asia, this interdisciplinary study underscores the fluidity and contingency of trans-Asian social, cultural, economic, and political interactions. It also provides an analytically nuanced and empirically rich understanding of the legacies of Asian globalization.