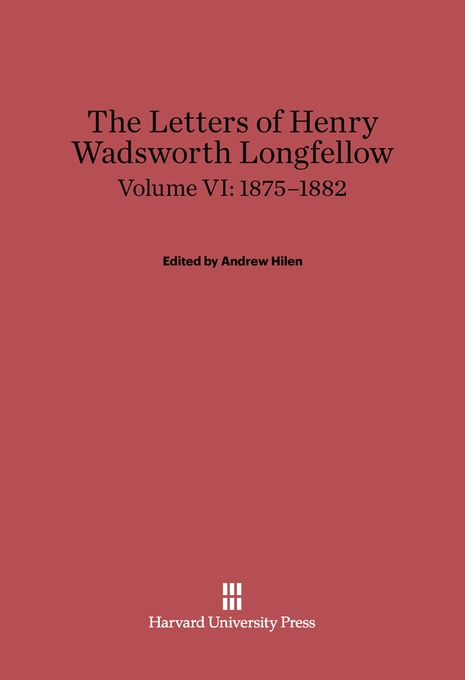 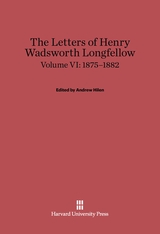 These final volumes of Andrew Hilen’s admired edition bring together the extant Longfellow letters of 1866–1882, most of which have never before been published. During this period Longfellow’s reputation reached its zenith; no American poet before or since has enjoyed a popular following more varied or numerous. Here we see him expanding his already enormous influence with the publication of Poems of Places, a poetic translation of Dante’s Divine Comedy, and other works. The letters reveal him as a hard-working writer and editor, as an astute businessman who nevertheless gave freely of his gains to friends and causes, and as an often lonely and struggling individual. They provide, as well, a view of Longfellow’s world—the American literary scene, the publishing business, academic life, politics, religion, and the Reconstruction period.

Hilen includes in Volume VI a comprehensive index for the entire six-volume edition, which represents a social document of the times.