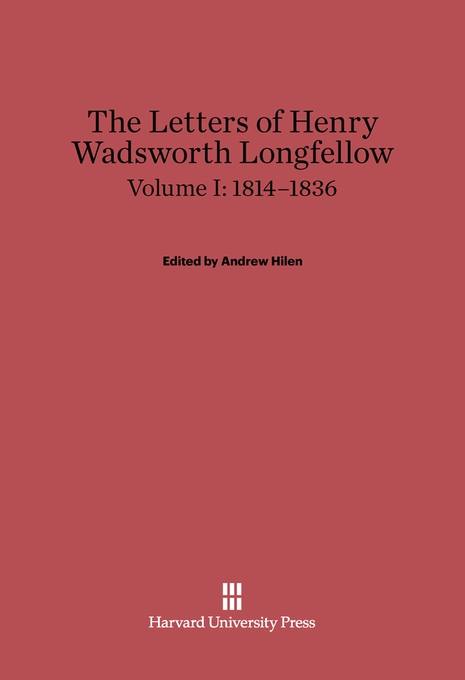 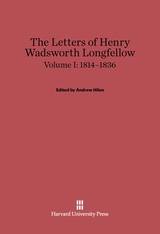 Volume I of this multi-volume edition brings together for the first time all the extant letters of Henry Wadsworth Longfellow for the period 1814–1836. Of prime importance as documents in America’s cultural history, many of the letters have never before been published. Those that have appeared in print were frequently in emasculated form and in a wide variety of books and journals. Wherever possible, the editor has restored the complete texts. Scrupulous annotations supply relevant identifications of individuals, explain allusions, and provide information regarding the addresses of letters, endorsements, postmarks, and the location of manuscripts. A comprehensive Introduction by the editor prefaces Volume I, and biographical introductions precede each of the eight parts.

Readers of the letters of this period will follow Longfellow through his career at Bowdoin College, as both an undergraduate and a professor, on his lengthy sojourns in Europe, and through his first years as Smith Professor of Modern Languages at Harvard. Offering a wealth of material that is available nowhere else, the letters illuminate the manners and morals of Longfellow’s day as well as the man himself. The poet emerges from these pages as far more than the mild and studied figure that tradition has made him.