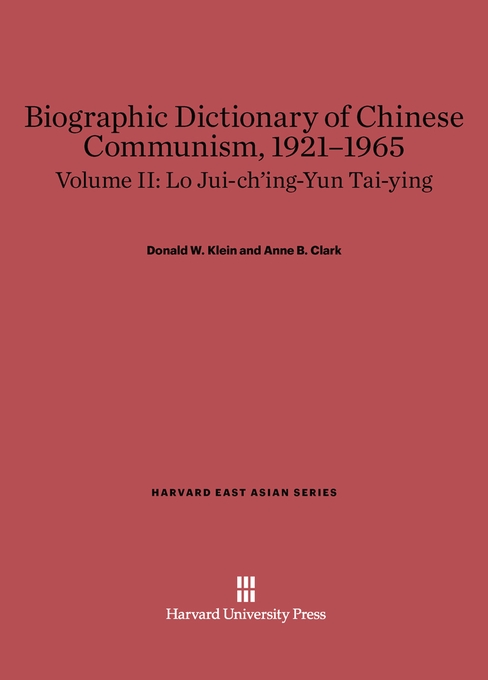 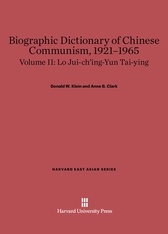 This immensely valuable reference work provides a study of contemporary Chinese leadership and institutions in its biographies of 500 persons who have influenced the Chinese Communist Movement from the founding of the CCP in 1921 to 1965. Two hundred of the biographies are Party Central Committee Members, the other 300 include government ministers, party officials in the provinces, military and labor leaders, scientists, women and youth leaders, and artists and writers. The authors also provide an analytical foreword, appendices, an annotated general bibliography, and a glossary.