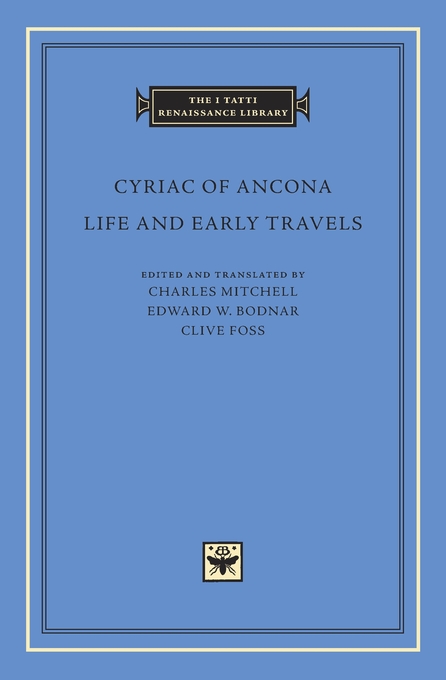 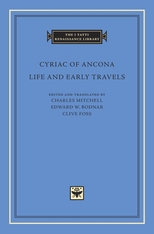 The I Tatti Renaissance Library 65

Edited and translated by Charles Mitchell

Cyriac of Ancona (1391–1452) was among the first to study the physical remains of the ancient world in person and for that reason is sometimes regarded as the father of classical archaeology. This volume contains a life of Cyriac to the year 1435 by his friend Francesco Scalamonti, which relies on Cyriac’s own records, along with several letters to and from Cyriac, and other texts illustrating his early life. These include Cyriac’s letter-treatise in praise of Julius Caesar, countering the attacks on the founder of the Roman Empire made by Renaissance republicans. A number of the texts included have been freshly edited and translated for the first time in this volume.