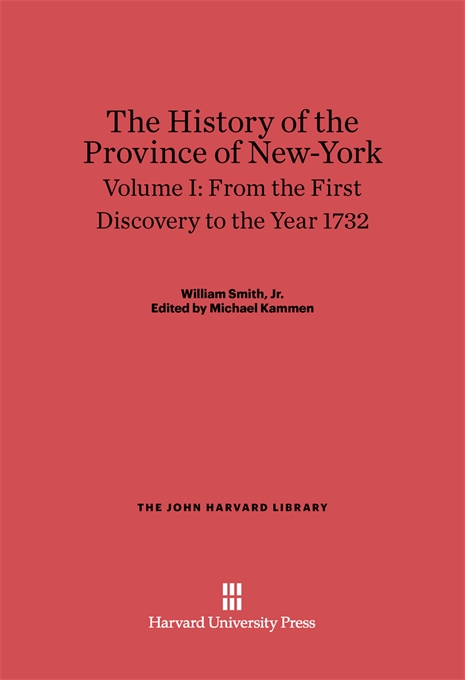 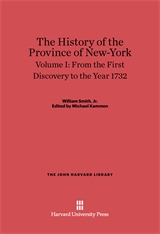 The History of the Province of New-York, Volume 1: From the First Discovery to the Year 1732

William Smith, Jr., (1728–1793)—politician, jurist, historian, and Loyalist—produced an admirable history of colonial New York that remains to this day one of the best records of early America written by a colonist. He published the first volume, covering the period 1610–1732, in 1757, and wrote the second (1732–1762) while a neutralist bystander during the Revolutionary War. Thus his History serves as an elegant testimony to the Americans’ growing self-consciousness and search for identity on the eve of the Revolution. As editor of the first accurate and complete version of this important work, Michael Kammen has prepared a fresh first volume based upon the original edition, plus Smith’s rich marginalia in his personal copy, and a second volume based upon the original manuscript. Included in this generously illustrated work is an extensive three-part introductory essay by the editor and four appendixes.