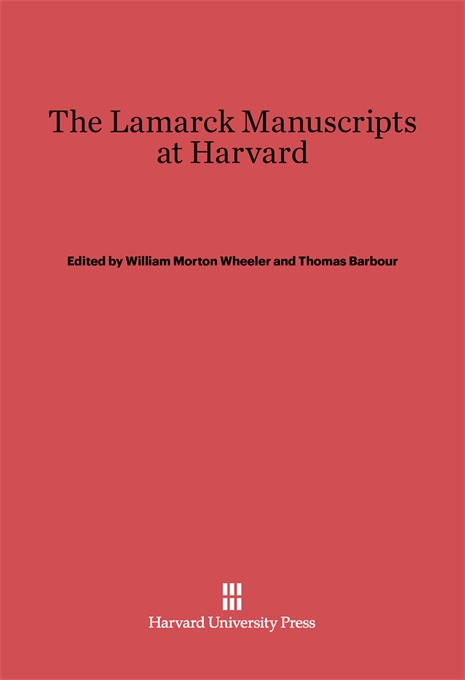 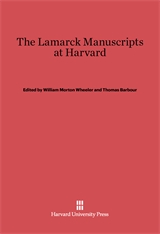 The Lamarck Manuscripts at Harvard

This volume contains a transcript of the original French text and an English translation of the six manuscripts of Lamarck in the library of the Museum of Comparative Zoology. The first manuscript, a lecture on Gall’s conception of the human brain, is of unusual interest because so little is known concerning Lamarck’s medical education. The sixth manuscript contains an account of an eighteenth century botanical excursion. A few of the drawings which accompany the text of one of the manuscripts are reproduced, and a general account of the various manuscripts, with Crookshank’s comparison of the life-plans of Lamarck and Darwin, is given in the Introduction.