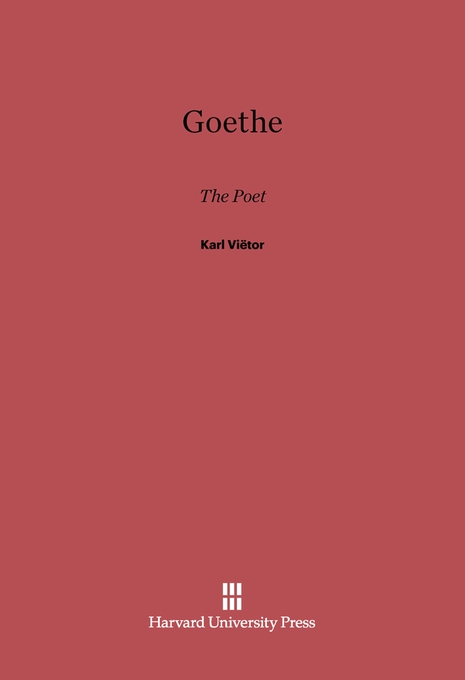 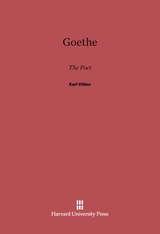 Johann Wolfgang von Goethe, the last poetic titan of the Western world, appears in all the grandeur of his revolutionary creativity in this book. Karl Viëtor writes of him as an artist. He traces Goethe’s development, from late adolescence through his entire life, in terms of his writings, and stresses in critical interpretations the aesthetic and philosophic value of each work. He interprets the ways in which an almost legendary figure—statesman, scientist, painter, poet, dramatist, and novelist—expressed his creative personality in literary works.

Here, first, is Goethe the young rebel: his important friendship with Herder; the Sorrows of Werther, with which he inaugurated the great romantic tradition in Germany. Then comes the early Weimar period, the trip to Italy, the return to Germany, the French Revolution, the friendship with Schiller: years when Goethe wrote some of his greatest lyrics, and during which he revolted against the romantic outlook. The last section of the book interprets the works of Goethe’s full maturity, including the often neglected final poems and, of course, that crowning work, Faust.

The inner significance of Goethe’s total poetic achievement is still barely appreciated. This book shows the growth and fulfillment of a tremendous genius, finding himself through the creation of masterpieces of literature. It offers every reader a new understanding of Goethe the poet.