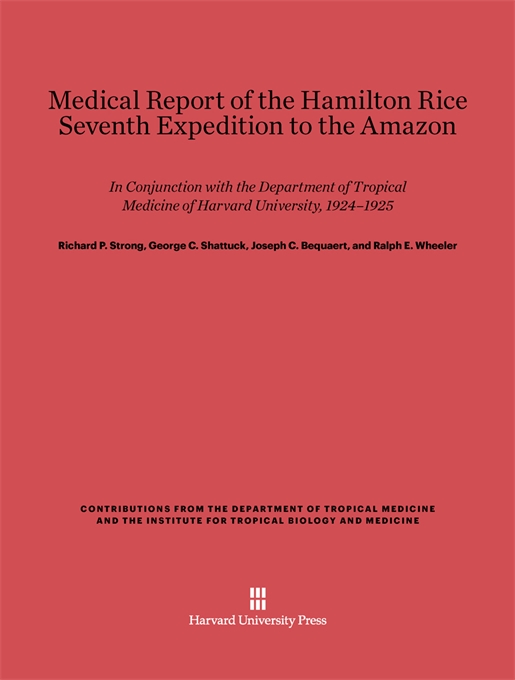 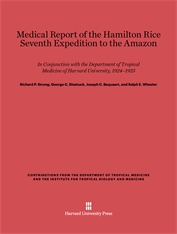 Medical Report of the Hamilton Rice Seventh Expedition to the Amazon

In Conjunction with the Department of Tropical Medicine of Harvard University, 1924-1925

The Hamilton Rice Seventh Expedition to Amazonia was undertaken partly for general geographical exploration and partly for medical investigation in a section of the Amazon Valley which comprises the greater portion of the most tropical parts of Brazil. The expedition was equipped with complete laboratory apparatus and had further help in various hospitals and clinics, particularly in Mangos and Para. The report of the work is divided into three sections: Part I describes the climate and inhabitants of the country and gives full details about various tropical diseases; Part II discusses the medical and economic entomology of the region; and the third part summarizes briefly the various medical and biological observations made by George Shattuck on the Branco, the Uraricuera, and the Parima Rivers, and adds three other chapters on general biology. A very large number of full-page illustrations and cuts in the text will be of great value to all scientists. Certain sections, intended primarily for workers not especially interested in entomology, have been written with as few technical terms and details as was possible under the circumstances.