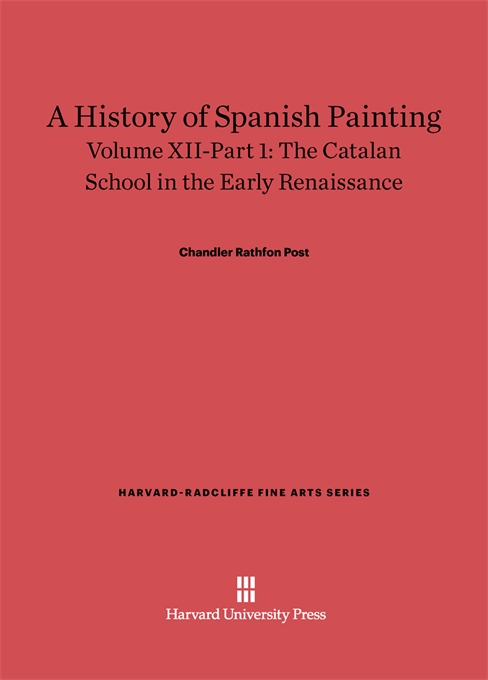 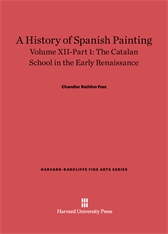 A History of Spanish Painting, Volume XII: The Catalan School in the Early Renaissance, Part 1

Volume Twelve of this distinguished series maintains the high standards of the previous volumes. Inasmuch as the material for the Catalan Renaissance is more copious than for the same period in Andalusia and Valencia (the subjects of the two preceding volumes), Volume XII has been divided into two parts. The illustrations included are more significant and more extensive, and they contribute to the fullness of the treatment.

Part of the enlargement of this volume is devoted to an ample appendix which records the many discoveries recently made in fields covered by Chandler Rathfon Post’s previous books.

Professor Post shows the nature of artistic production in Catalonia changed in the Renaissance in that many of the finest paintings of the period were the work of foreigners from Navarre, Portugal, and Naples. During these years Barcelona maintained its prestige as the focus and training school of the painters of Catalonia, and it constituted their most usual residence, though Gerona and its province and also Sardinia continued to furnish rich fields for painters.