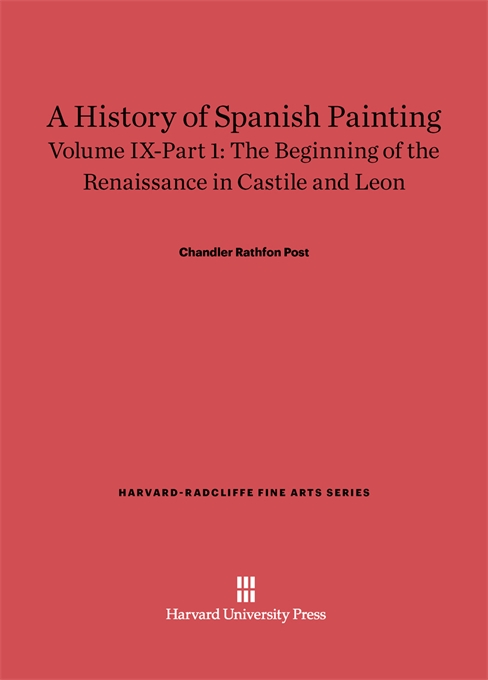 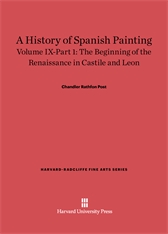 A History of Spanish Painting, Volume IX: The Beginning of the Renaissance in Castile and Leon, Part 1

At the start of the sixteenth century, the tide of the Renaissance flowed belatedly across the Mediterranean from Italy to Spain. This revival of classical influence in one highly developed section of Spain, the cultural centers Castile and Leon, is interpreted by Chandler Post in the ninth volume of his definitive History. The giants of the period—Berruguete, de Borgoña, Santa Cruz—are reconstructed by an exhaustive analysis of their works, their influence on the art of the period, and the works of their followers. The volumes are profusely illustrated, and a bibliography and further notes for Volumes I to VIII are included.

Of the preceding volumes of A History of Spanish Painting, the London Times Literary Supplement said, “His is the extreme lucidity of one who is completely master of his subject,” and Walter Read Hovey calls the work, “A monument to the Spanish painting for many years to come.”