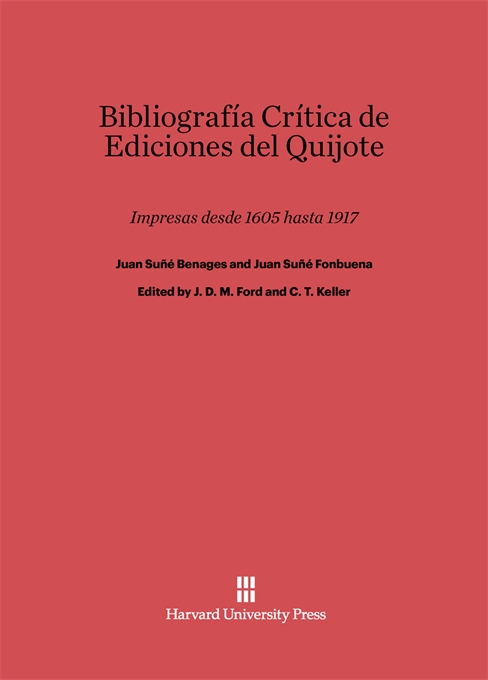 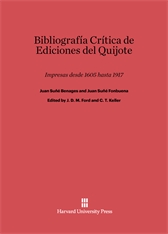 In 1917 there appeared in Barcelona a critical bibliography of the editions of Don Quixote compiled by Juan Sune Benages and his son, Juan Sune Fonbuena. We have now published a supplement to that bibliography, prepared jointly by the same father and son, who carried it down to the year 1917, after which date the father alone continued it, bringing it down to the year 1937. A long Preface by J.D.M. Ford gives an interesting account of the authors, and, by implication, some insight into the difficulties of literary labors in contemporary Spain. An Introduction by Sune Benages discusses the general problems of bibliography encountered in the 1369 editions of the Don Quixote published between 1605 and 1937. The bibliography itself presents annotated entries regarding editions in forty-two languages, including macaronic Latin, Italian, Bohemian, Finnish, Croatian, Esperanto, Yiddish, Gaelic, Arabic, Esthonian, Malay, and Sanskrit.