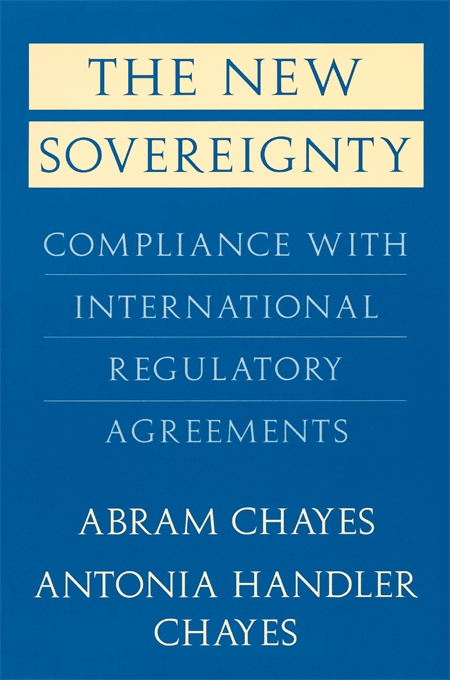 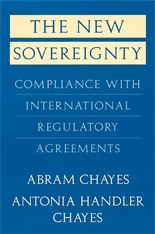 In an increasingly complex and interdependent world, states resort to a bewildering array of regulatory agreements to deal with problems as disparate as climate change, nuclear proliferation, international trade, satellite communications, species destruction, and intellectual property. In such a system, there must be some means of ensuring reasonably reliable performance of treaty obligations. The standard approach to this problem, by academics and politicians alike, is a search for treaties with "teeth"--military or economic sanctions to deter and punish violation.

The New Sovereignty argues that this approach is misconceived. Cases of coercive enforcement are rare, and sanctions are too costly and difficult to mobilize to be a reliable enforcement tool. As an alternative to this "enforcement" model, the authors propose a "managerial" model of treaty compliance. It relies on the elaboration and application of treaty norms in a continuing dialogue between the parties--international officials and nongovernmental organizations--that generates pressure to resolve problems of noncompliance. In the process, the norms and practices of the regime themselves evolve and develop.

The authors take a broad look at treaties in many different areas: arms control, human rights, labor, the environment, monetary policy, and trade. The extraordinary wealth of examples includes the Iran airbus shootdown, Libya’s suit against Great Britain and the United States in the Lockerbie case, the war in Bosnia, and Iraq after the Gulf War.

The authors conclude that sovereignty--the status of a recognized actor in the international system--requires membership in good standing in the organizations and regimes through which the world manages its common affairs. This requirement turns out to be the major pressure for compliance with treaty obligations. This book will be an invaluable resource and casebook for scholars, policymakers, international public servants, lawyers, and corporate executives.