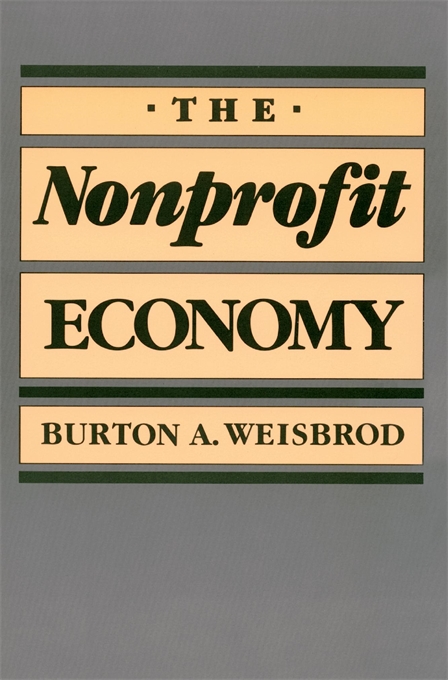 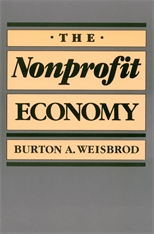 “This book should be read by anyone interested in the increasingly complex relationships in a liberal democracy between the public and private sectors. Its distinguished author has been conducting research on nonprofits for well over a decade, and he has now produced a first-class account of nonprofits in the American economy.”—Alan Ware, Journal of Public Policy

“An engaging and very readable economic analysis of a form of organization that has been difficult for economic theory to handle. It is a useful source both of information and of stimulating hypotheses.”—Bradford H. Gray, Health Affairs

“Weisbrod has written a provocative and valuable book. It gives new dimension to the debate over the relative roles of the private and public sectors in the American economy.”—Steven Kelman, The New Leader

“The public will profit if people in Washington pay attention to Weisbrod. His ideas offer policy-makers a rare advantage: they make sense.”—Richard J. Margolis, Across the Board

“As one who has been struck with the similarities in human motivation in different institutional settings, I might not be expected to like this book. But the book is so interesting, informative, and fair-minded that I like it a lot and recommend it to all.”—Mancur Olson, University of Maryland

“The Nonprofit Economy is a major contribution to an important and neglected subject. The work is thoughtfully analytical, well documented, and clearly formulated. It will be valuable for years to come.”—David A. Hamburg, President, Carnegie Corporation

“This is a challenging book on a topic of widely underestimated importance. Each of our lives is touched by an array of nonprofit institutions, all ostensibly established and managed for the purpose of serving the public’s many interests. Society manages nonprofits largely through a hands-off strategy that assumes they will do well enough if left alone. The Nonprofit Economy raises the compelling issues of the social governance of this diverse collection of vitally important institutions.”—Herman B. Leonard, John F. Kennedy School of Government, Harvard University