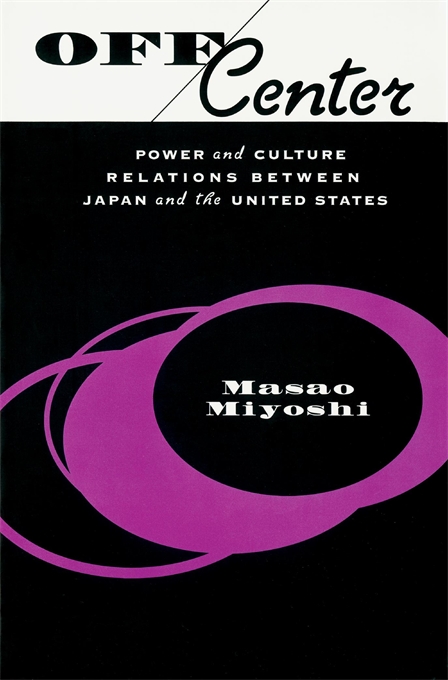 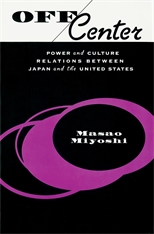 Power and Culture Relations Between Japan and the United States

What is the connection between the United States’ imbalance of trade with Japan and the imbalance of translation in the other direction? Between Western literary critics’ estimates of Japanese fiction and Japanese politicians’ “America-bashing”? Between the portrayal of East-West relations in the film Merry Christmas, Mr. Lawrence and the terms of the GATT trade agreements?

In this provocative study, Masao Miyoshi deliberately adopts an off-center perspective—one that restores the historical asymmetry of encounters between Japan and the United States, from Commodore Perry to Douglas MacArthur—to investigate the blindness that has characterized relations between the two cultures.

Both nations are blinkered by complementary forms of ethnocentricity. The United States—or, more broadly, the Eurocentric West—believes its culture to be universal, while Japan believes its culture to be essentially unique. Thus American critics read and judge Japanese literature by the standards of the Western novel; Japanese politicians pay lip service to “free trade” while supporting protectionist policies at home and abroad.

Miyoshi takes off from literature to range across culture, politics, and economics in his analysis of the Japanese and their reflections in the West; the fiction of Tanizaki, Mishima, Oe; trade negotiations; Japan bashing and America bashing; Emperor worship; Japanese feminist writing; the domination of transcribed conversation as a literary form in contemporary Japan. In his confrontation with cultural critics, Miyoshi does not spare “centrists” of either persuasion, nor those who refuse to recognize that “the literary and the economical, the cultural and the industrial, are inseparable.”

Yet contentious as this book can be, it ultimately holds out, by its example, hope for a criticism that can see beyond the boundaries of national cultures—without substituting a historically false “universal” culture—and that examines cultural convergences from a viewpoint that remains provocatively and fruitfully off-center.