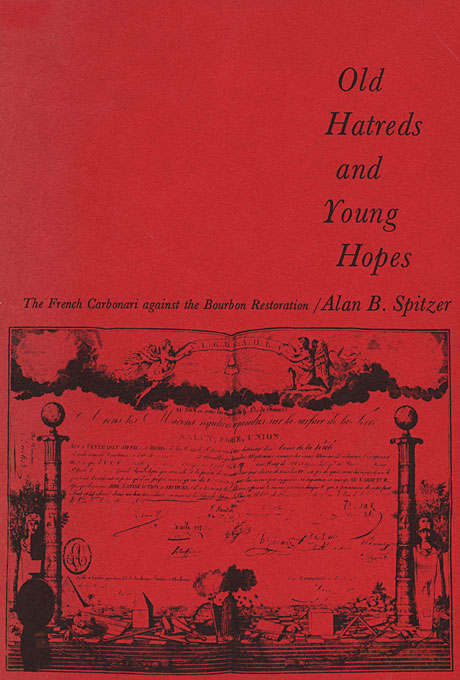 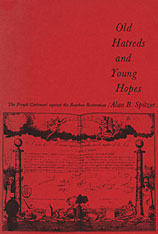 The French Carbonari against the Bourbon Restoration

After the defeat and exile of Napoleon and the restoration of the Bourbons, the political climate of France was one of seething unrest, intrigue, and dissent. A clandestine and conspiratorial movement known as the Carbonari, or Charbonnerie, arose in the early 1820’s with the aim of overthrowing the monarchy of Louis XVIII. Modeling itself after the Italian Carbonari, this coalition of young French republicans—bonapartists, retired army officers, junior and non-commissioned officers, and leaders of the extreme liberal wing of the Chamber of Deputies—set up cells throughout France, hoping in particular to infiltrate vulnerable army units. Old Hatreds and Young Hopes follows the movement from its beginnings to its ultimate failure, from plots to trials.

Sources of information about secret societies and political conspiracies are always scattered and complex, and often unreliable. Spitzer demonstrates that the secrets of a conspiracy and its place in the broader history of a nation can nevertheless be brought to light by evaluating one kind of evidence against another, by checking and testing government sources, particularly police documents, against such other materials as the memoirs and letters of conspirators and contemporary journalistic accounts. His book is much more than the story of the conspirators. In showing why the conspiracy developed and how it was handled, the author has illuminated the workings of the political system of the Restoration—the structure and organization of its administration and political police and the operation of political justice in its courts. He also situates the French Carbonari in the history of secret societies and radical movements in the first half of the nineteenth century and works out links with similar groups in other countries.