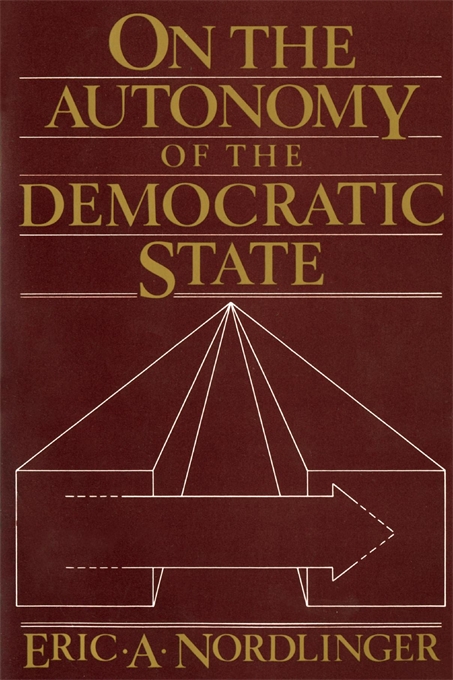 On the Autonomy of the Democratic State

On the Autonomy of the Democratic State challenges the central assumption of liberal and Marxist scholars, journalists, and citizens alike—that elected and appointed public officials are consistently constrained by society in the making of public policy. Nordlinger demonstrates that public officials are not only frequently autonomous insofar as they regularly act upon their own policy preferences, but also markedly autonomous in doing so even in the face of opposition from the most politically powerful groups in society: voters, well-organized and financed interest groups, national associations of farmers, workers, employers, and large corporations.

Here is a book in which wide-ranging generalizations are tightly bound up with empirical examples and data. Nordlinger systematically identifies the state’s many capacities and opportunities for enhancing its autonomy. These are used by public officials to shape, alter, neutralize, deflect, and resist the policy preferences and pressures of societal groups. Even the highly fragmented national state in America is shown to be far more independent of societal demands than claimed by the conventional wisdom.