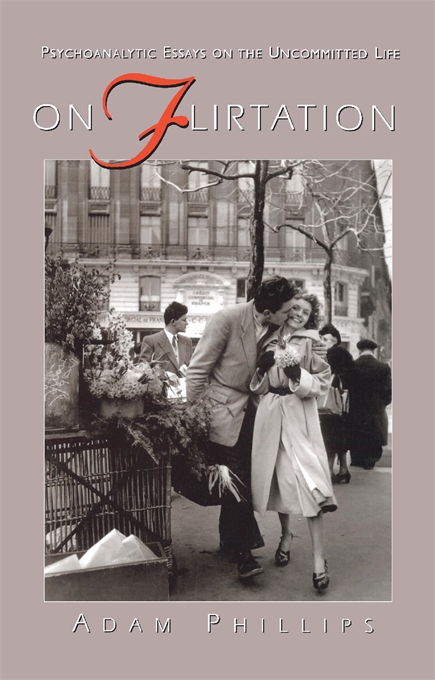 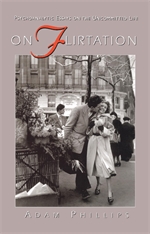 “[Phillips’] writing is strong and lucid… [He] writes of his work with child and adult patients in the moving and exciting way that marked the clinical writings of D. W. Winnicott and the early works of M. Masud R. Khan.”—Janet Malcolm, The New York Times Book Review

“In Phillips’ hands, nothing is as ordinary as it appears to be. Each essay is a kind of mystery tour; you never know where you are going to end up… [A] tour de force.”—David Ingleby, The Times Literary Supplement

“[These] essays are intellectual flirtations that use the wiles of paradox to tease us into liberating ourselves from the old stories, to make us accept the madcap contingency of our lives… On Flirtation is everything Phillips says psychoanalytic writing should be—a pleasure rather than a misery to read, ‘a kind of practical poetry.’”—Bill Marx, The Boston Phoenix

“In three superb books, On Kissing, Tickling, and Being Bored; On Flirtation; and Terrors and Experts…[Phillips] has endorsed pleasure as a laudable goal (imagine!) and enshrined narrative as a form of soul making. In the process, he’s punched lovely skylights into the gloomy Freudian edifice and in general done much to rehabilitate the psychoanalytic enterprise by honoring the idiosyncrasy of human experience and by wielding method lightly, playfully, humanely.”—Will Blythe, Esquire

“Adam Phillips’ On Flirtation is less a study of the psychology of coquetry than it is a delightful glimpse into the pleasures of uncertainty. Flirtation is Phillips’ metaphor for playing with stimulating ideas so that we can explore anew their complexity without fear of adhering to stultifying orthodoxy or succumbing to overearnestness… On Flirtation will be fascinating to all those who wish to restore the importance of contingency in human life and who, committed to open psychoanalytic inquiry, realize that not everything can be neatly understood or mastered… Given Phillips’ subtle mind, appreciation of complexity, tolerance of conflicting views, rejection of traditional forms of closure, and epigrammatic style, it is no accident that he has written a superb book.”—Donald Kuspit, Psychoanalytic Books

“Phillips writes as a ‘flirt’—in the special sense he defines in his opening essay—but how much richer his book is for that. Before next going into print, the envious rivals and embittered former lovers who nowadays cluster around Freud’s name should all report to Phillips for a lesson in flirtation.”—Malcolm Bowie, Marshal Foch Professor of French Literature, University of Oxford