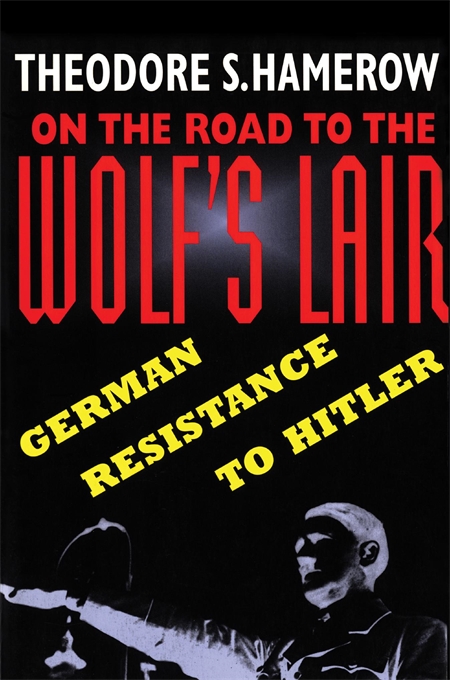 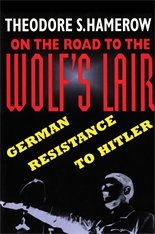 On the Road to the Wolf’s Lair

“[Hamerow] paints a candid picture of the resisters: there were no unflawed supermen; rather, many were elitists who enjoyed their improved status under Hitler’s regime. Some were anti-Semites who believed that the Third Reich was correct to segregate Jews from the rest of Germany. Hamerow’s painstakingly researched book...does an outstanding job in showing how and why the resisters became more than just blind followers of a movement.”—Carolyn T. Hughes, New York Times Book Review

“On the Road to the Wolf’s Lair is a rigorous and pleasingly accessible account of the motivations and actions of those German military, bureaucratic and religious leaders who could have created an organized opposition to the Nazi regime--but didn’t.”—Marc Fisher, Washington Post Book World

“Hamerow chronicles in fascinating detail how such people as the aristocratic von Stauffenbergs and the theologian Michael von Faulhaber became alert to the Reich’s evils, often slowly, haltingly and despite themselves.”—Toronto Globe & Mail

“Theodore Hamerow’s study of the German resistance to Hitler focuses on the ’ideas, ideals, motives, and aims’ of the few prominent German clergy, civil servants, and members of the military who opposed Hitler. The book stands out in the enormous and growing body of literature on the German resistance for its accessibility to a wide audience. The work’s greatest asset though is Hamerow’s sensitivity and balance in judging the motivations of the German resisters about whom he writes. Hamerow steers a middle path between writers who would celebrate the resisters as the ’true spiritual founders’ of the postwar Federal Republic and those who would condemn them as reactionary militarists scarcely better than Hitler.”—Virginia Quarterly Review

“This is not another history of the entire spectrum of German resistance...Instead, Hamerow...focuses on those soldiers, bureaucrats and clergy who were ’in a position to form a systematic, organized opposition to the Nazi regime.’ Stripped of their apologists’ martyrology and their critics’ cynicism, people like Johannes Popitz, Wilhelm Canaris, Bishop Wurm and Claus von Stauffenberg emerge as complicated figures...Hamerow’s intensive archival research, his extremely accessible style and his analysis of resisters’ practical and ethical motivations (particularly of churchmen whose moral duty often teetered uneasily behind their parochialism and desire to protect ecclesiastical autonomy) make this a worthy addition.”—Publishers Weekly (starred review)

“Hamerow writes of a complicated subject with great ease...He shows that many welcomed Nazism because of their disgust at the Weimar Republic. How these men turned from mild support to active resistance, a resistance that resulted in a hideous death for many, is the theme of this book. Hamerow also discusses the varying and often competing motives of the resisters and sheds new light (at least for English speakers) on the complexities and idiosyncrasies of those who resisted Hitler. While they were not heroes when they started they were heroes when they ended.”—Contemporary Review

“In his history of the German resistance, Theodore Hamerow provides us with an account of the intellectual, political, and moral journey of the leading members of the resistance to their fateful decision to conspire in a coup to overthrow Hitler. On the Road to the Wolf’s Lair convincingly succeeds in answering the question of what transformed the thinking of members of the resistance in the military, the bureaucracy, and the churches into turning against the Nazi regime which they had enthusiastically supported.”—Joseph A. Biesinger, German Studies Rewiew

“While refusing to exonerate the men who had sought to overthrow the Nazi regime, Hamerow’s study nonetheless explores their social backgrounds, personalities, ideals, and attitudes in a way that reflects the complex and often contradictory nature of their motives and actions...His tale is one that emphasizes the complex interplay of resistance, support, indifference, compromise, and vacillation.”—Manfred B. Steger, Southern Humanities Review