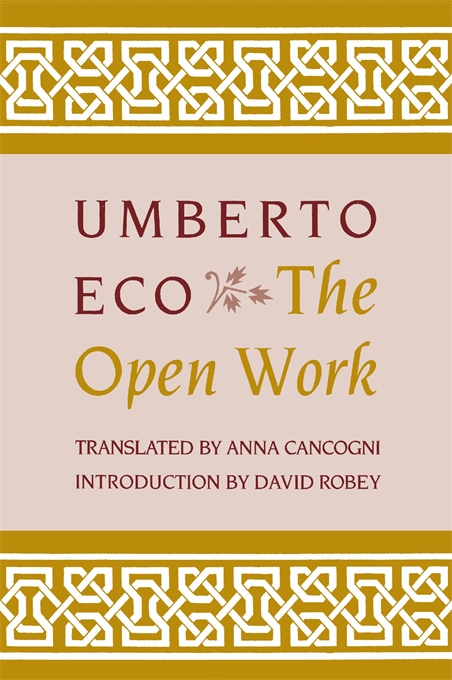 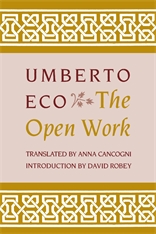 More than twenty years after its original appearance in Italian, The Open Work remains significant for its powerful concept of “openness”—the artist’s decision to leave arrangements of some constituents of a work to the public or to chance—and for its striking anticipation of two major themes of contemporary literary theory: the element of multiplicity and plurality in art, and the insistence on literary response as an interactive process between reader and text. The questions Umberto Eco raises, and the answers he suggests, are intertwined in the continuing debate on literature, art, and culture in general.

This entirely new edition, edited for the English-language audience with the approval of Eco himself, includes an authoritative introduction by David Robey that explores Eco’s thought at the period of The Open Work, prior to his absorption in semiotics. The book now contains key essays on Eco’s mentor Luigi Pareyson, on television and mass culture, and on the politics of art. [Harvard University Press published separately and simultaneously the extended study of James Joyce that was originally part of The Open Work, entitled The Aesthetics of Chaosmos: The Middle Ages of James Joyce.]

The Open Work explores a set of issues in aesthetics that remain central to critical theory, and does so in a characteristically vivid style. Eco’s convincing manner of presenting ideas and his instinct for the lively example are threaded compellingly throughout. This book is at once a major treatise in modern aesthetics and an excellent introduction to Eco’s thought.