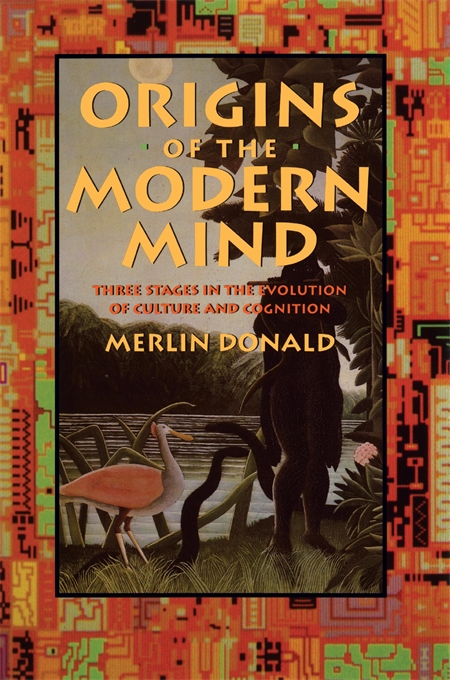 Origins of the Modern Mind

Three Stages in the Evolution of Culture and Cognition

“Origins of the Modern Mind is an admirable book… Its author displays throughout an engaging enthusiasm, a fertile imagination and an impressive knowledge of his subject-matter.”—Christopher Longuet-Higgins, The Times Literary Supplement

“A fine, provocative and absorbing account of what makes humans human.”—Kirkus Reviews

“Nowadays one hears…that hand-held calculators destroy young people’s motivation to learn arithmetic. But not to worry, says Merlin Donald, author of this revelatory but demanding history of human consciousness. He welcomes the computer, as well as other forms of electronic storage and manipulation of data and images, including TV, as the highest stage of mental development—and perhaps the final one.”—John Wilkes, The Los Angeles Times

“A wonderful book that deserves to be read by everyone interested in the human mind. It weaves together the best available evidence into a convincing theory of cognition, culture, consciousness, and communication—their structure, evolution, meaning, and future.”—Hans Moravec, Carnegie Mellon University

“A radically different evolutionary framework for the understanding of mind and behavior: I don’t know when I have enjoyed reading a book more, or when I have learned so much from one.”—Sheldon White, Harvard University