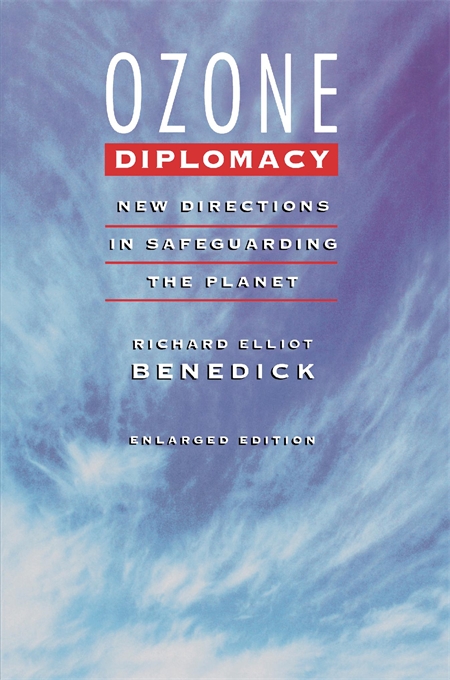 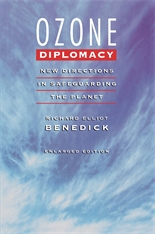 Hailed in the Foreign Service Journal as “a landmark book that should command the attention of every serious student of American diplomacy, international environmental issues, or the art of negotiation,” and cited in Nature for its “worthwhile insights on the harnessing of science and diplomacy,” the first edition of Ozone Diplomacy offered an insider’s view of the politics, economics, science, and diplomacy involved in creating the precedent-setting treaty to protect the Earth: the 1987 Montreal Protocol on Substances That Deplete the Ozone Layer.

The first edition ended with a discussion of the revisions to the protocol in 1990 and offered lessons for global diplomacy regarding the then just-maturing climate change issue. Now Richard Benedick—a principal architect and the chief U.S. negotiator of the historic treaty—expands the ozone story, bringing us to the eve of the tenth anniversary of the Montreal Protocol. He describes subsequent negotiations to deal with unexpected major scientific discoveries and important amendments adding new chemicals and accelerating the phaseout schedules. Implementing the revised treaty has forced the protocol’s signatories to confront complex economic and political problems, including North–South financial and technology transfer issues, black markets for banned CFCs, revisionism, and industry’s willingness and ability to develop new technologies and innovative substitutes. In his final chapter Benedick offers a new analysis applying the lessons of the ozone experience to ongoing climate change negotiations.

Ozone Diplomacy has frequently been cited as the definitive book on the most successful environment treaty, and is essential reading for those concerned about the future of our planet.