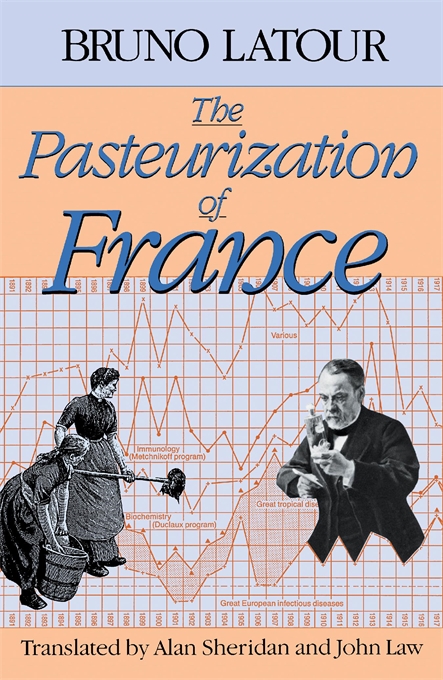 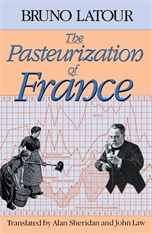 The Pasteurization of France

“Everything [Latour] writes is provocative, important and worth the closest scrutiny… The radical originality and wit of Latour’s approach is hugely attractive.”—Steven Shapin, Nature

“Bruno Latour [is] one of today’s most acute, if idiosyncratic, thinkers about science and society… [His] prose is often amusing… But the charm should not blind the reader to the serious intent. Mr. Latour is aiming at one of the late twentieth century’s biggest problems. He is trying to provide a way of talking about science and society that does not start from the differences between them: to break down the barrier between them that started to go up in the seventeenth century.”—The Economist

“Bruno Latour delights some of us and infuriates others, but either way he has, for the past decade, been one of the most brilliant and original writers about science.”—Ian Hacking, Philosophy of Science Journal

“The Pasteurization of France offers everything one wants from a book. It is immensely stimulating, intelligent, and funny. Stylistically, it is dazzling, sometimes splendid. It offers a bold and light-hearted approach to problems that bedevil everybody trying to write historical accounts of scientific innovation in the wake of structural, poststructural, grammatological, sociological, anthropological, and narratological critiques of history.”—Elizabeth A. Williams, Social History of Medicine

“Latour has written a complex and provocative book. His insight into the way in which Pasteur transformed social relations in France and its colonies by introducing a new agent, the microbe, is fascinating.”—Lindsay Wilson, Journal of Social History