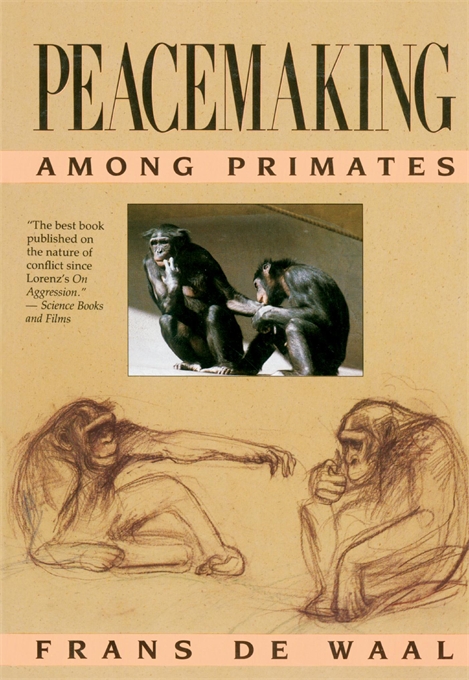 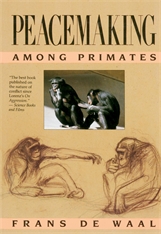 “The best book published on the nature of conflict since Lorenz’s On Aggression.”—Science Books & Films

“De Waal’s message is simple yet profound… [He describes] in lucid and vivid prose the peacemaking strategies of four non-human primates he has studied in captivity… His analysis should prove compelling for any reader who has ever made up after a fight—in short, for anyone.”—Barbara Smuts, Natural History

“Lorenz sought to trace the origins of human aggressive impulses. Now, 20 years later, the Lorenzian mantle—considerably transformed—has slipped onto the shoulders of a young Dutch ethologist named Frans de Waal. Once again we have a keen observer who immerses himself in the social lives of other animals. Like Lorenz, de Waal is eager to let his thoughts range widely and speculatively in order to extract from comparisons of human beings with other animals take-home messages about global issues of peace and war.”—Sarah Blaffer Hrdy, The New York Times Book Review

“Entertaining and exhaustively researched… Among the most perceptive and provocative of ethologists, [de Waal presents] persuasive evidence that the ruthless law of the jungle does not necessarily apply to humanity’s closest relatives.”—Peter Gorner, The Chicago Tribune