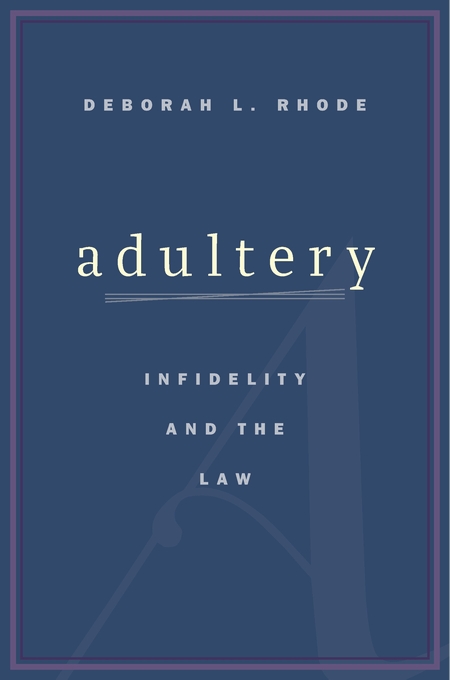 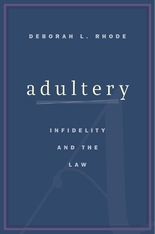 Infidelity and the Law

At a time when legal and social prohibitions on sexual relationships are declining, Americans are still nearly unanimous in their condemnation of adultery. Over 90 percent disapprove of cheating on a spouse. In her comprehensive account of the legal and social consequences of infidelity, Deborah Rhode explores why. She exposes the harms that criminalizing adultery inflicts, and she makes a compelling case for repealing adultery laws and prohibitions on polygamy.

In the twenty-two states where adultery is technically illegal although widely practiced, it can lead to civil lawsuits, job termination, and loss of child custody. It is routinely used to threaten and tarnish public officials and undermine military careers. And running through the history of anti-adultery legislation is a double standard that has repeatedly punished women more severely than men. An “unwritten law” allowing a man to avoid conviction for killing his wife’s lover remained common well into the twentieth century. Murder under these circumstances was considered an act of understandable passion.

Adultery has been called the most creative of sins, and novelists and popular media have lavished attention on sexual infidelity. As a focus of serious study, however, adultery has received short shrift. Rhode combines a comprehensive account of the legal and social consequences of adultery with a forceful argument for halting the state’s policing of fidelity.