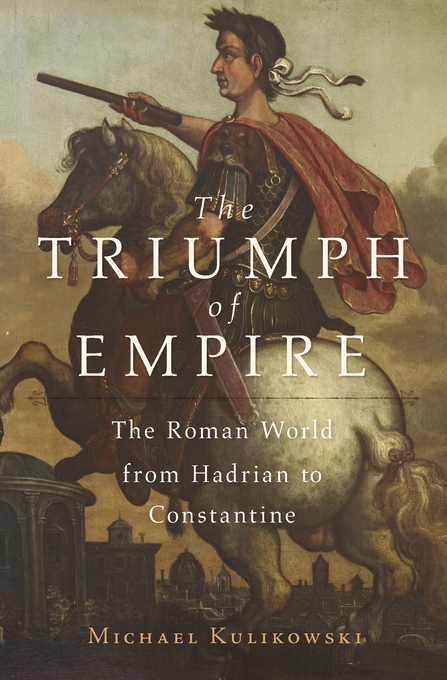 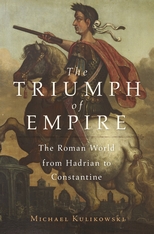 The Triumph of Empire takes readers into the political heart of imperial Rome and recounts the extraordinary challenges overcome by a flourishing empire. Michael Kulikowski’s history begins with the reign of Hadrian, who visited the farthest reaches of his domain and created stable frontiers, and spans to the decades after Constantine the Great, who overhauled the government, introduced a new state religion, and founded a second Rome.

Factionalism and intrigue sapped the empire from within, even at its apex. Roman politics could resemble a blood sport: rivals resorted to assassination; emperors rose and fell with bewildering speed, their reigns measured in weeks, not years; and imperial succession was never entirely assured. Canny emperors—including Marcus Aurelius, Septimius Severus, and Diocletian—constantly cultivated the aristocracy’s favor to maintain a grip on power. Despite such volatility, the Roman Empire protected its borders, defeating successive attacks from Goths and Germans, Persians and Parthians. Yet external threats persisted and the imperial government sagged under its own administrative weight. Religion, too, was in flux with the rise of Christianity and other forms of monotheism. In the fourth century CE, Constantine and his heirs reformed imperial institutions by separating civilian and military hierarchies, restructuring the government of both provinces and cities, and ensuring the prominence of Christianity.

The Triumph of Empire is a fresh, authoritative narrative of Rome at its height and of its evolution—from being the central power of the Mediterranean world to becoming one of several great Eurasian civilizations.