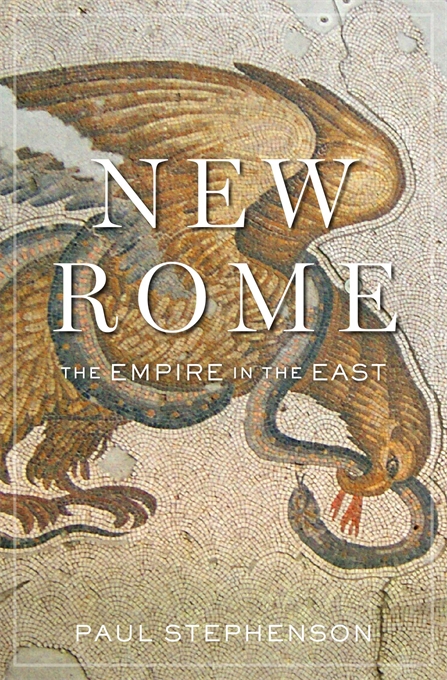 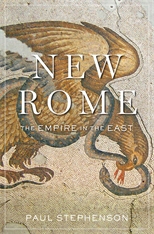 The Empire in the East

“Anyone who has shrugged at the suggestion that the weather had anything to do with the demise of such a mighty empire will, I think, come away from this book persuaded that climate change and natural disasters provide an important part of the answer…Not for a long time has a book surprised me as much as this one did…I have been quoting passages and surprising facts to everyone around me ever since putting it down.”—Daisy Dunn, The Critic

“How did the Eastern Roman Empire of late antiquity become the civilization known as Byzantium? Stephenson’s New Rome is the most compelling fusion yet of narrative history with the recent findings of environmental research and scientific data. It will change the way we understand key events and transformations in the Eastern Empire.”—Anthony Kaldellis, author of Romanland

“[A] major contribution…Brings the world of New Rome alive with exceptional learning and a magnificent openness to modern scientific methods that breathe life into conventional narratives of political and social history.”—Peter Brown, New York Review of Books

“A sweeping survey of the disintegration of the western Roman empire and the emergence of Byzantium…Stephenson draws on the ‘new science of Roman history’ to reveal how climate change, pandemics, invading tribes, and near-constant warfare led to the decline of ancient cities…This impressive chronicle offers an eye-opening perspective on a period of dramatic change.”—Publishers Weekly

A comprehensive new history of the Eastern Roman Empire based on the science of the human past.

As modern empires rise and fall, ancient Rome becomes ever more significant. We yearn for Rome’s power but fear Rome’s ruin—will we turn out like the Romans, we wonder, or can we escape their fate? That question has obsessed centuries of historians and leaders, who have explored diverse political, religious, and economic forces to explain Roman decline. Yet the decisive factor remains elusive.

In New Rome, Paul Stephenson looks beyond traditional texts and well-known artifacts to offer a novel, scientifically-minded interpretation of antiquity’s end. It turns out that the descent of Rome is inscribed not only in parchments but also in ice cores and DNA. From these and other sources, we learn that pollution and pandemics influenced the fate of Constantinople and the Eastern Roman Empire. During its final five centuries, the empire in the east survived devastation by natural disasters, the degradation of the human environment, and pathogens previously unknown to the empire’s densely populated, unsanitary cities. Despite the Plague of Justinian, regular “barbarian” invasions, a war with Persia, and the rise of Islam, the empire endured as a political entity. However, Greco-Roman civilization, a world of interconnected cities that had shared a common material culture for a millennium, did not.

Politics, war, and religious strife drove the transformation of Eastern Rome, but they do not tell the whole story. Braiding the political history of the empire together with its urban, material, environmental, and epidemiological history, New Rome offers the most comprehensive explanation to date of the Eastern Empire’s transformation into Byzantium.