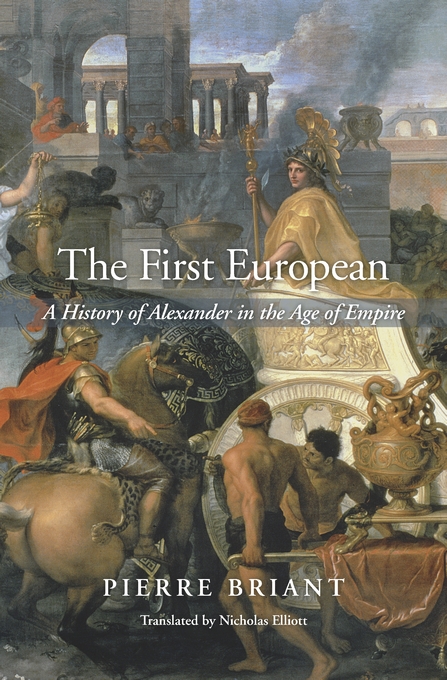 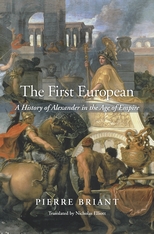 A History of Alexander in the Age of Empire

“The First European is a work of exceptional quality and interest. Briant’s patient disentanglement of the relationship between Alexander the Great, Enlightenment historical thought and European imperialism in India and the Middle East sheds dramatic new light on all three fields… This is a truly remarkable forgotten chapter of European intellectual history, laid out with passion and integrity. Neither Alexander nor Napoleon will ever look quite the same again.”—Peter Thonemann, The Wall Street Journal

“In this important work, a great historian of classical antiquity returns to the European ‘long eighteenth century’ and its reconsideration of the crucial figure of Alexander as a forerunner of its own imperial ambitions and projects. With its vast erudition, and careful attention to minor as well as major figures from Montesquieu to Droysen and beyond, Pierre Briant’s book is nothing less than a tour de force, both as a contribution to the intellectual history of the Enlightenment in its global dimensions, as well as to the complex dialogue between ‘Moderns’ and ‘Ancients.’ It confirms once more that the life-trajectory of the Macedonian conqueror remains an inexhaustible cultural resource, whether in the Christian or indeed the Islamic world, from the Atlantic and Mediterranean to Bengal and the Malay Peninsula. This is a significant and weighty contribution to a real global intellectual history.”—Sanjay Subrahmanyam, University of California, Los Angeles