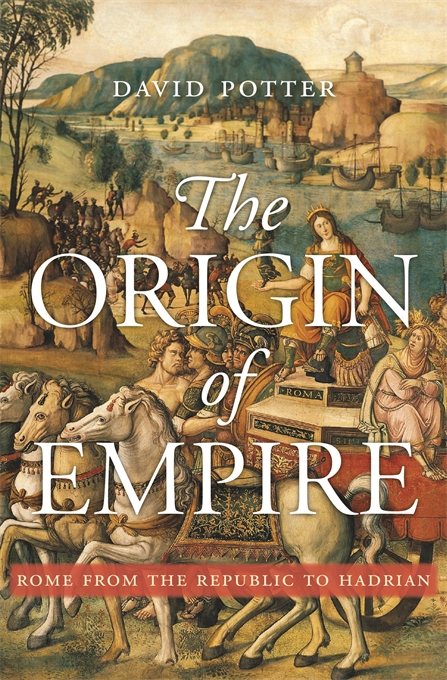 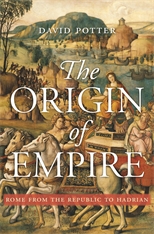 The Origin of Empire

Rome from the Republic to Hadrian

“A vigorous experience even for readers who are already very familiar with the men, women, scandals, and wars the book considers. As a portrait of an old and vast representative republic deteriorating into an autocracy, Potter’s book is easily, even alarmingly, lucid.”—Steve Donoghue, Open Letters Review

“This is a flawless book. It should inspire and educate all who approach it… An enjoyable, dramatic narrative.”—Anna Faktorovich, Pennsylvania Literary Journal

“Potter has written a characteristically crisp, vibrant, and provocative new account of a turbulent and fascinating period in Roman history. Highly recommended.”—Carlos Noreña, author of Imperial Ideals in the Roman West

“A lively and engaging new account of the inexorable rise of the Roman Empire from a city on the banks of the Tiber to a supreme power in the ancient world. Potter’s book is sure to become essential reading for anyone interested in this key period of Roman history.”—Guy Bradley, author of Early Rome to 290 BC

“Combines a sweeping narrative with impressively detailed analysis of the factors behind Rome’s imperial conquests and internal turbulence. An invaluable resource.”—Catherine Steel, author of The End of the Roman Republic, 146 to 44 BC

“Potter presents this epic tale afresh with insight, erudition, and remarkable detail. His approach stands out for its clear-eyed exposure of the bloodshed, suffering, and persistent strife that led eventually to the Republic’s self-destruction and the unexpected emergence of Pax Romana. Here is a book that should jolt generous admirers of ancient Rome to rethink their viewpoint.”—Richard Talbert, coauthor of The Romans from Village to Empire