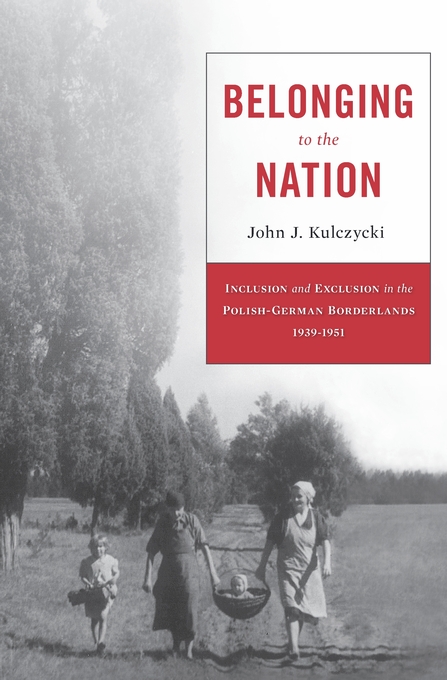 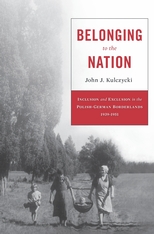 Belonging to the Nation

Inclusion and Exclusion in the Polish-German Borderlands, 1939–1951

When the Nazis annexed western Poland in 1939, they quickly set about identifying Polish citizens of German origin and granting them the privileged legal status of ethnic Germans of the Reich. Following Germany’s defeat in World War II, Soviet-dominated Poland incorporated eastern Germany and proceeded to do just the opposite: searching out Germans of Polish origin and offering them Polish citizenship. Underscoring the processes of inclusion and exclusion that mold national communities, Belonging to the Nation examines the efforts of Nazi Germany and postwar Poland to nationalize inhabitants of the contested Polish–German borderlands.

Histories of the experience of national minorities in the twentieth century often concentrate on the grim logic of ethnic cleansing. John Kulczycki approaches his topic from a different angle, focusing on how governments decide which minorities to include, not expel. The policies Germany and Poland pursued from 1939 to 1951 bear striking similarities. Both Nazis and Communist Poles regarded national identity as biologically determined—and both found this principle difficult to enforce. Practical impediments to proving a person’s ethnic descent meant that officials sometimes resorted to telltale cultural behaviors in making assessments of nationality. Although the goal was to create an ethnically homogeneous nation, Germany and Poland allowed pockets of minorities to remain, usually to exploit their labor. Kulczycki illustrates the complexity of the process behind national self-determination, the obstacles it confronts in practice, and the resulting injustices.